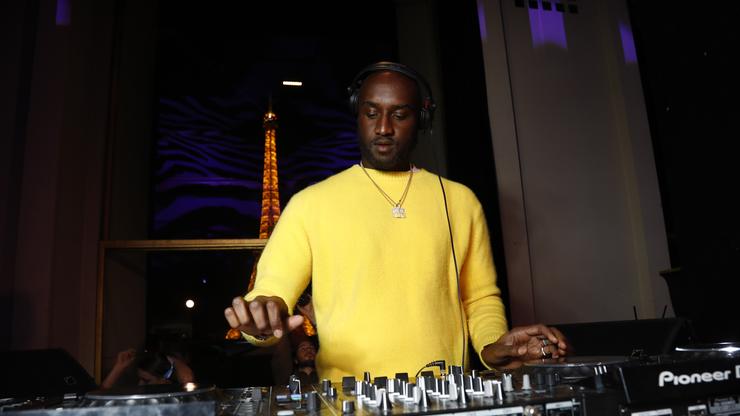 A trip to Home Depot might be in your future.

Virgil Abloh’s signature brand Off-White is one of the biggest entities in streetwear right now and since 2017, Abloh and Off-White have been partnered with Nike for some pretty incredible collaborations. “The Ten” collection from November of 2017 remains one of the best Nike collaborations of all-time and as we delve deeper into 2019, it appears as though the two have no plans to slow down their working relationship.

The latest Off-White x Nike shoe was the Air Force 1 Low “MCA” which is characterized by its blue upper, silver swoosh, and red hang tag. As is the case with most Off-White shoes, they were extremely limited and not many people were able to get their hands on them. Abloh had some interesting advice for those people in a recent interview with Complex.

In the piece, it states that Abloh tells consumers to “go to Foot Locker to buy a general release pair, paint them blue, put a Home Depot hangtag on them, and call them ‘one-of-ones.'”

Abloh’s Nike shoes have an inherent foundation in customization so his advice makes a lot of sense. Regardless, there is a big difference between customizing a shoe and getting the real thing but you have to appreciate Virgil’s boldness here. At the end of the day, who can and can’t buy his shoes isn’t exactly his problem so if you feel like his comments are dismissive, try not to be too offended. 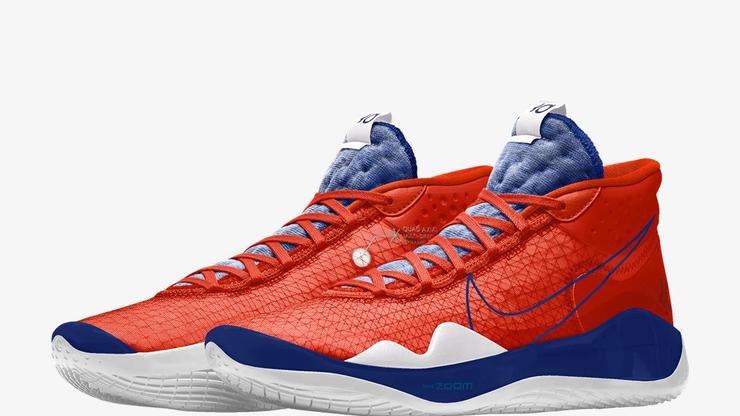 Nike KD 12 Now Customizable Thanks To "Nike By You" Platform

The Nike KD 12 is the latest sneaker in the Kevin Durant signature shoe line.

Kevin Durant has been dominating the NBA Playoffs and has been a nuisance to all of the teams that have ended up in his path. The Los Angeles Clippers weren’t able to stop him and it seems as though the Rockets can’t do anything to neutralize him either. This is the perfect time for KD to play this way because not only is it the playoffs but he’s also been wearing the all-new Nike KD 12. With his play on the court rising to another level, his new shoes have the potential to be synonymous with his phenomenal play.

Multiple colorways of the sneaker have released so far and now it seems like Nike is taking it to the next level by putting it on their Nike By You platform. This platform is the successor to Nike iD which allows you to customize your own shoes and create new colorways. While there aren’t unlimited options, there is typically something for everybody and for now, it seems as though there are a plethora of colorways that can be created from the options given.

You can start customizing right now over at nike.com where your creation will cost you $170 USD. You will not have the ability to make any customized Adidas sneakers within the close to future.

Seemingly out of nowhere, Adidas dropped its MiAdidas function which allowed customers to customise their very own pair of kicks. From Superstars to UltraBoosts, shoppers had been in a position to put their very own distinctive spin on their favourite Adidas silhouettes. Well, that initiative has now been discontinued however Adidas has supplied to touch upon all of it with a press release courtesy of Sole Collector.

“We’ve made the strategic determination to shut our customized footwear enterprise, miadidas. We consider that the way forward for customization lies in co-creation, and we’re working diligently to supply a brand new expertise for the patron who needs to affix within the creation of our merchandise at a deeper stage. Thank you for being a fan of miadidas, and we are able to promise a fair higher digital expertise sooner or later.”

Based on their response, it seems as if one thing new is on the way in which, though there aren’t actually a ton of particulars on it simply but. Nike only in the near past modified the identify of the “Nike ID” marketing campaign to “Nike By You” which simply goes to indicate that firms are on the lookout for higher methods to carry customization to the general public.

Are you disenchanted by Adidas’ determination to discontinue MiAdidas?