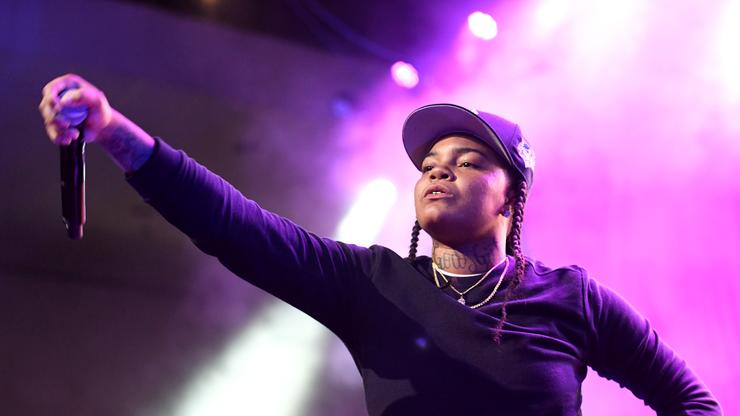 Young M.A's recent talk of doing the big chop had many fans tweeting in protest to save the mane of their beloved rap fave.

Young M.A released a whole sex toy kit for Valentine's Day and had many people across the world dropping both their drawers and jaws, but her latest move might just send fans into an absolute uproar now that she's debating on cutting her signature braids.

Hairstyles can be a huge source of appeal for many people, especially when it comes to musicians. Rihanna is almost as iconic for those yearly hair switch-ups throughout her career as her actual music, and we've even seen many of you go ham on here over guys like Machine Gun Kelly and The Game rocking crazy cuts as well. For those reasons, we can somewhat understand the outcry amongst those in Young M.A's fanbase who don't exactly want to see their fave get rid of a look that's become synonymous with her overall image since breaking out in 2016 with the hit song "OOOUUU." Then again, feel free to do you, Ma!

Take a look at some of the wildest fan comments to Young M.A possibly chopping her hair off below, and let us know if you think a big chop is a good move for the rapper down in the comments: