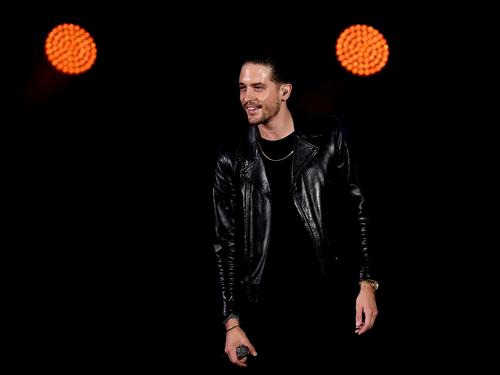 In early January, H&M caused a whole lot controversy when they released a look book which included a Black child in a hoodie that read, "Coolest Monkey In The Jungle." This ended up costing H&M a whole lot including many their celebrity partnerships. The Weeknd, who's collaborated his XO brand with the retail store on numerous occasions, immediately cut ties with them as soon as those pictures started surfacing. Shortly after, G-Eazy, who was also collaborating with them, put out a statement saying that he'd be ending his partnership with them. In a new interview, he further explains his choice to do so.

In an interview with NME, G-Eazy explained that cutting ties with H&M wasn't a hard decision to make. The image surfaced only days before he was supposed to reveal his upcoming collaboration.

"It was a very easy decision. It was just like 'get me out this, I don't want to be attached to this any more'," he said, "I think it’s important when you feel strongly about something, to speak about it. And I was in a position because obviously that collaboration] was about to come out. It was literally like being announced a couple days later."

G-Eazy's collaboration was slated to drop a few months after at the top March. However, the rapper realized that being in his position, he needed to speak out against injustice.

"Being in that position like I'm at the forefront but I'm right there with all this and with this attention, I was in a spot to say how I felt about it – and how I felt was that I can’t be a part that at all."

You could watch the full interview below where he chimes in on his latest album, touring and more.