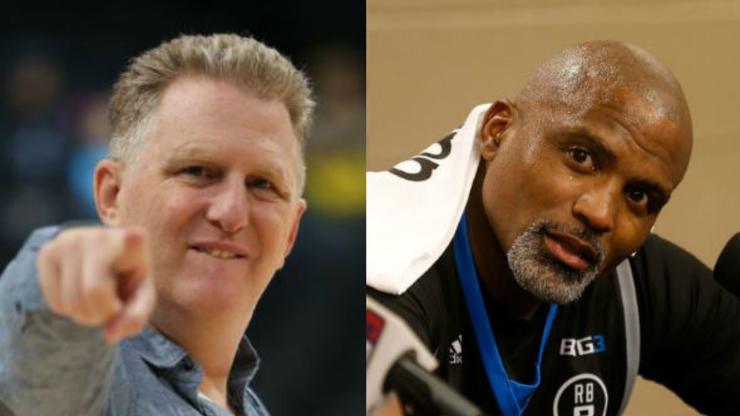 Just back away slowly, Rapaport.

Have you ever been in the middle of watching a program and witnessed a moment so awkward that it makes you want to change the channel or fast forward? Well, this brief exchange between actor Michael Rapaport and former NBA star Cuttino Mobley might be one of those moments. It all took place at a BIG3 game between the Killer 3s and Power. Rapaport was acting as the correspondent for CBS Sports and while making the rounds, he spotted Mobley sitting on the sidelines. Mobley is not only a BIG3 champion, but he also acts as the co-captain of the Power team.

With microphone in hand and cameras rolling, Rapaport slides into the seat next to Mobley and begins to compliment the baller's attire. "My man is looking...custom suit sharp," Rapaport says before placing his hand on Mobley's back as Mobley gives him the side-eye. "Cuttino, this is a tough game. Killer 3's are not playing around. What do you have to say about this game?"

Mobley just stares at him before turning his head and ignoring Rapaport completely. "My man, you looking at me like you want to put hands on me," Rapaport said. "Please, man, before I put hands on you," Mobley responds. "Get off of me, man!" Rapaport tries to play the whole thing off, but it was still extremely uncomfortable. We can only imagine the true words that were going through Mobley's mind at that moment. Watch it below.