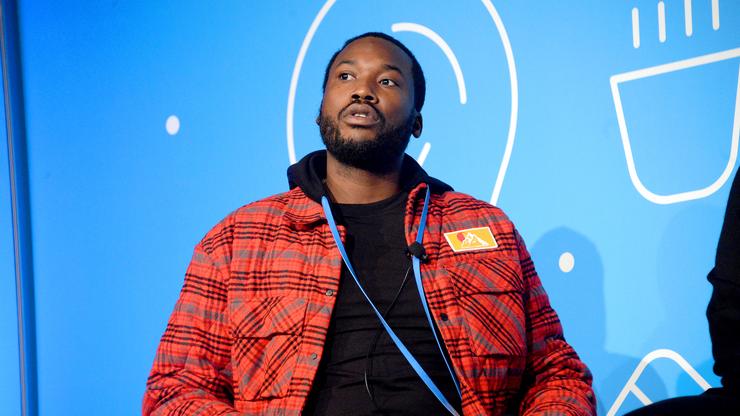 Meek is more about that ATV life.

Last Thursday (Nov. 21), Elon Musk unveiled Tesla's reconceptualization of the pickup truck, dubbed the Cybertruck. After the inaugural event, the model was panned for having a design that was a tad too futuristic for the average consumer. Musk boasted about the vehicle's durability and the bulletproof steel used for its exterior. A demonstration showed that the doors were about to withstand the blow of a sledgehammer, but when a metal ball was thrown at the windows, they shattered. This humiliating moment contributed to Tesla's stock plummeting and Elon Musk's net worth along with it. However, Musk and his company will likely be fine because apparently 187,000 Cybertrucks have already been pre-ordered.

It does not seem that Meek Mill is a part of this group of buyers, though. He's eyeing another Tesla product to add to his collection of vehicles. Alongside the Cybertruck, Tesla revealed their Cyberquad ATV. The ATV did not receive as much media coverage, likely due to the fact that Musk did not share much information about it other than that it functions as a companion piece to the Cybertruck. It features a similar design to its sibling, is capable of fitting on the truck's bed and can be charged directly from it. This was enough to attract the interest of Meek.

The Grammy-nominated artist is known to be an ATV fanatic. He was arrested for riding one in New York back in 2017, which got him caught up in a probation violation mess. Regardless, Meek is interested in the Cyberquad and anxiously tweeted, "When this Tesla 4 wheeler drop????" If anyone has an answer for Meek, let him know.