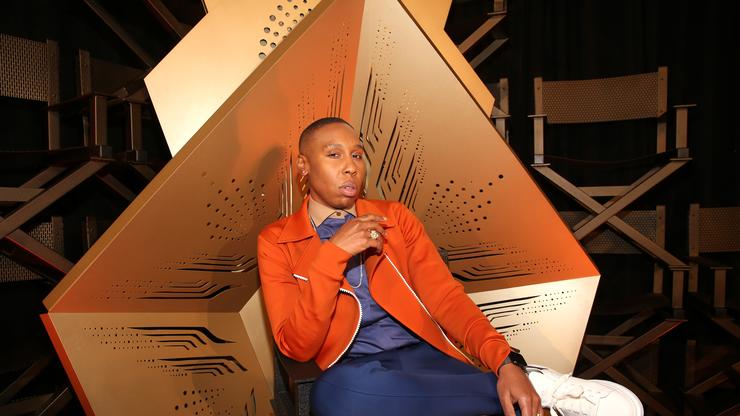 Earlier this week it was reported that Lena Waithe and her wife, Alana Mayo, called it quits after just two months of marriage. The two had spontaneously eloped at the San Francisco City Hall in front of Harvey Milk's bust. The now-former couple released a joint statement PEOPLE magazine, this past Wednesday (Jan. 22), announcing their split and wishing the public provide them with privacy in regards to their relationship matters. Now, it looks like the Queen & Slim producer has already moved on as circulating rumors have revealed that Lena Waithe is now dating actress, Cynthia Erivo.

According to Bossip, Waithe was allegedly unfaithful to her wife during their short stint as a married couple. The report states that Waithe was caught on multiple occasions purchasing women expensive gifts and struggled with infidelity even after the couple's secret marriage ceremony in California. One of the sources stated:

"Even after they married, Lena was still buying designer gifts – Chanel, Gucci – for other women."

Now, it looks like Waithe has already got a new boo thang in the form of Harriet actress, Cynthia Erivo. The two are rumored to even be living with each other just days after Waithe formally announced her split from Alana Mayo.

Lena Waithe and Cynthia Erivo have publicly crossed paths on several occasions during Hollywood outings and even posed in several candid photos together. While the rumors of Erivo and Emmy Award-winning writer's relationship have yet to be verified, their interactions on social media praising each other's artistry and personas could be used as some damning evidence against the alleged couple.

If the rumors of the two dating are true, Waithe is moving pretty savagely in these streets. Check out this short clip of Lena Waithe talking about 'vibing' with Cynthia Erivo in a red carpet conversation with Variety in the video provided below. 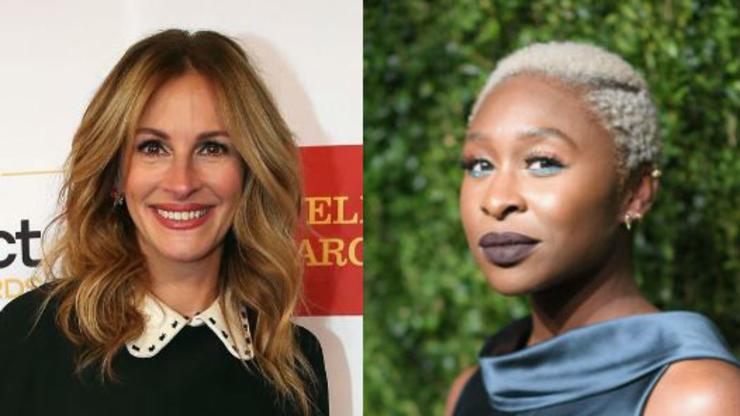 We can only assume they were joking?

If folks were upset at British actress Cynthia Erivo portraying Harriet Tubman in the Harriet dramatized biopic, people would be up-in-arms if they knew who was suggested to star in the film. Gregory Allen Howard, the producer and screenwriter of Harriet, shared that he’s been working on getting his film to the silver screen for decades. It was way back in 1994 when he began his quest to have Harriet Tubman’s story told to the masses, but studio executives weren’t in line with his vision.

“Harriet, which was set up at Disney 26 years ago, was my first assignment,” Allen stated in an interview with Focus Features. “When I got in the business, I wanted to tell these historical stories by turning them into entertainment. I didn’t want to give history lessons. I wanted to turn Harriet Tubman’s life, which I’d studied in college, into an action-adventure movie.”

While he shared that films like Black Panther and 12 Years a Slave have helped change the perception of black films and their potentials for success, Howard was met with resistance 25 years ago. “The climate in Hollywood, however, was very different back then,” he added. “I was told how one studio head said in a meeting, ‘This script is fantastic. Let’s get Julia Roberts to play Harriet Tubman.’ When someone pointed out that Roberts couldn’t be Harriet, the executive responded, ‘It was so long ago. No one is going to know the difference.'”

Thankfully, no one took that high-ranking studio executive seriously. Meanwhile, Howard also shared why he ended up choosing Erivo for the lead role. “I first saw her when the other producers flew me to New York to see her in The Color Purple. As soon as she opened her mouth, I thought, ‘Yes, that’s Harriet.’ Afterwards I emailed the other producers, ‘That’s Harriet. She’s a little stick of dynamite.'” Harriet is now playing in theaters, but you can watch the trailer below. 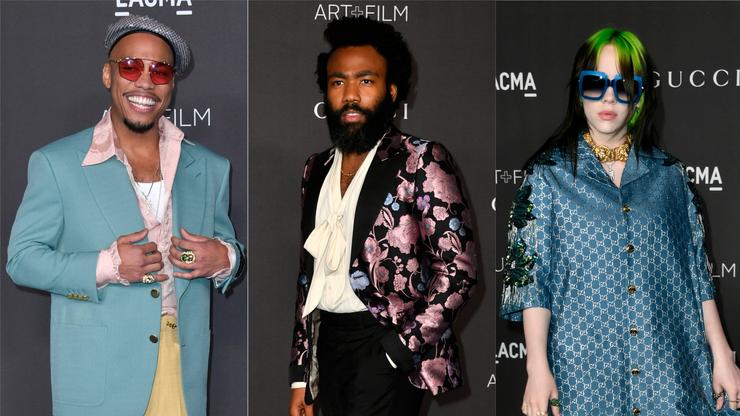 Tyler?? What are you doing there??

Last night was the 2019 LACMA Art + Film Gala in Los Angeles, an annual museum fundraiser. This year’s soiree was sponsored by Gucci and attended by many stars from across the arts. Bringing in all these A-listers turned out to be a smart move because the event reportedly raised over $4.6 million for the museum’s exhibitions, future art acquisitions, educational initiatives and film program.

The fundraiser – which was co-chaired by Leonardo DiCaprio and museum trustee Eva Chow – celebrated the work of Oscar-winning filmmaker Alfonso Cuarón (Gravity, Roma) and 93-year-old assemblage artist Betye Saar. John Legend introduced Saar, whom he called “one of the most important artists of her generation” and “the vanguard of assemblage art.” Donald Glover said that Cuarón has made “some of the most captivating films of the last 30 years.” At the end of the evening, all the guests proceeded to the plaza to watch Anderson .Paak perform.

Since it was a night celebrating creativity that was sponsored by a luxury fashion brand, everyone showed up in their best attire to dazzle on the red carpet. Here are some of our favourite looks: 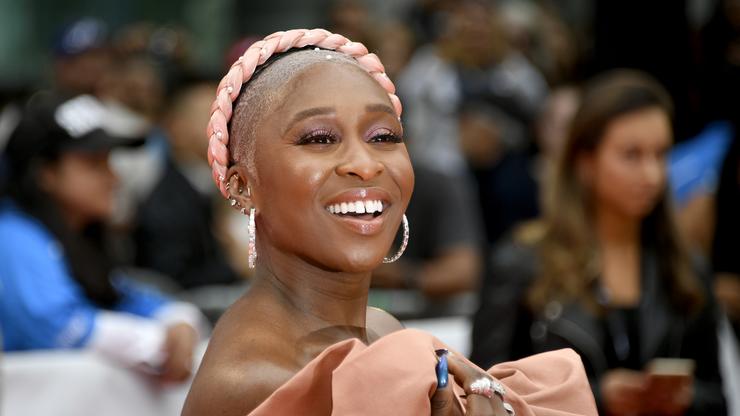 "I’ve never spoken negatively about people because I don’t want that."

Cynthia Erivo is the British actress who portrays Harriet Tubman in the upcoming biopic on the heroic abolitionist's life that hits theaters November 1st. The 32-year-old has already received some hate for her role in the film since people questioned why an American actress wasn't cast to play Harriet and now she's responded to other hate she received from her past tweets.

In 2013, Cynthia sent out tweets that made it seem as though she was mocking Black Americans adding more fuel to people's belief that an actress who has no controversy on such a topic should have been cast for the starring role in Harriet.

"As for the tweets, taken out of context without giving me the room to tell you what it meant--and it wasn’t mocking anyone really," Cynthia told  Shadow And Act. "It wasn’t for that purpose at all. It was to celebrate a song I had wrote when I was 16." 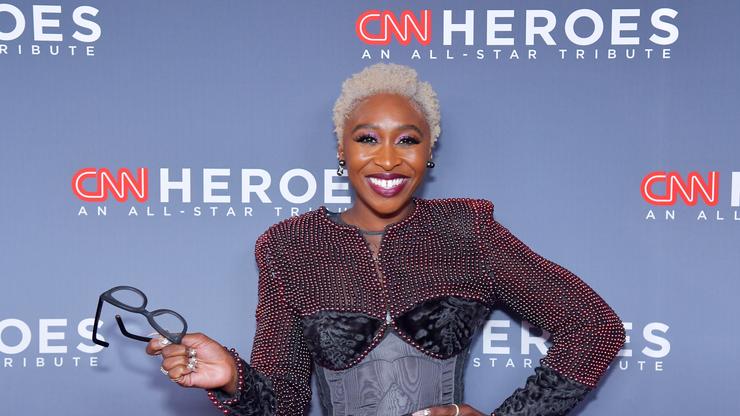 As a handful of American activists continue to petition for Harriet Tubman’s portrait to be featured on the twenty-dollar bill, Hollywood is turning her legendary story into a biopic. On Tuesday, Focus Features released the first look into the upcoming film, Harriet. Tony Award-winning British actress Cynthia Erivo stars as the title character and told PEOPLE earlier this year that she didn’t intend on portraying Tubman as an unrelatable, larger than life persona.

Focus Features describes the film as:

Based on the thrilling and inspirational life of an iconic American freedom fighter, HARRIET tells the extraordinary tale of Harriet Tubman’s escape from slavery and transformation into one of America’s greatest heroes. Her courage, ingenuity, and tenacity freed hundreds of slaves and changed the course of history.

The movie will follow Tubman’s life as a slave, track her first escape from bondage, showcase her work as an abolitionist with the Underground Railroad, and trace her repeated returns to the South to free 70 other captives in an 11 year period.Harriet also stars Janelle Monaé, Vanessa Bell Calloway, Leslie Odom Jr., Tory Kittles, Jennifer Nettles, and Joe Alwyn. Check out the powerful trailer below.