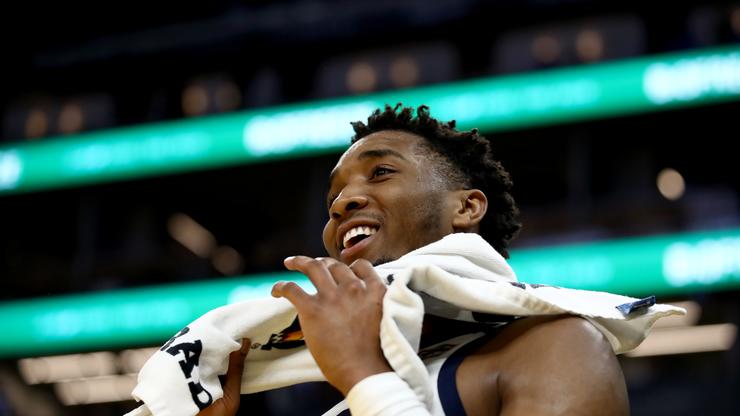 Donovan Mitchell has been embroiled in some controversies as of late although he is looking to get past all of that and focus on some more of the positive aspects of his life. His signature sneaker series with Adidas is certainly one of those positives as last year, he debuted the Adidas D.O.N. Issue #1 to the world. Mitchell has a huge appreciation for comic books which is evident in his nickname, "Spida." Each sneaker follows an issue number hence why his first sneaker was called Issue #1. Today, he announced and unveiled the Issue #2.

The announcement for the Adidas D.O.N. Issue #2 was posted on the NBA 2K Twitter page as the shoe is now available to be worn in the game's "The Neighborhood" mode. In the video below, you can see that Mitchell is holding the pair which features a completely revamped silhouette. Interestingly, the first colorway is going to be green and orange.

For now, it appears as though the shoe will be making its retail debut in the summer. We are surely going to see some new colorways so stay tuned as we will be sure to give you all of the latest updates.

Let us know in the comments below how you feel about these.