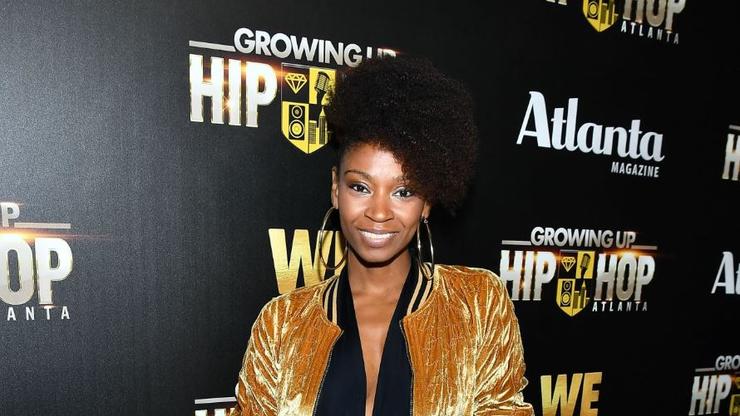 Danity Kane’s D. Woods Was "Miserable" On "Making The Band"

Danity Kane is one of the most successful acts from “Making the Band,” but D. Woods doesn’t remember her time on the show fondly.

As Diddy revives his hit show Making the Band over a decade after the last season ended, some of his former contestants are speaking out about their experiences. Danity Kane is hailed as the most successful act to come from the MTV series, but not all of the ladies share fond memories of their time on reality television. Aubrey O’Day previously told Diddy to finish what he started with the acts he’s already helped shape, and now Danity Kane’s D. Woods tells Page Six that she was “miserable” on the series.

Danity Kane has reunited in recent years, but only with three of its members. Wanita “D. Woods” Woodgett decided not to rejoin her former girl group as she continues to grow her career in the entertainment industry. Prior to joining Making the Band in 2005, Woods said she was an intern at 40 Acres and a Mule, Spike Lee’s production company, and worked at radio station Power 1015.1. She’d even gone on tour as a dancer for Bow Wow and Snoop Dogg.

“It was a hard part of my life,” said Woods. “It was not pleasant.” Danity Kane won a record contract with Bad Boy following Making the Band, but Woods claims it was rigged. “[I] knew so much about the industry but really [couldn’t] apply any of it,” she said. “I had no leverage. Nobody cared.” Diddy has been criticized for some of the things that he said to the Danity Kane ladies about their appearances, and Woods recalled when the music mogul told her he was just “a burger away” after questioning her about her stomach and asking her if she’s “feeling a little thick.”

“Do you know how long people would stop me on the street and say, ‘You must have lost a lot of weight,’ and I’ll be like, ‘No, I am actually the same size.” She made it clear to Page Six that she wouldn’t be tuning in to watch Diddy’s forthcoming Making the Band reboot.