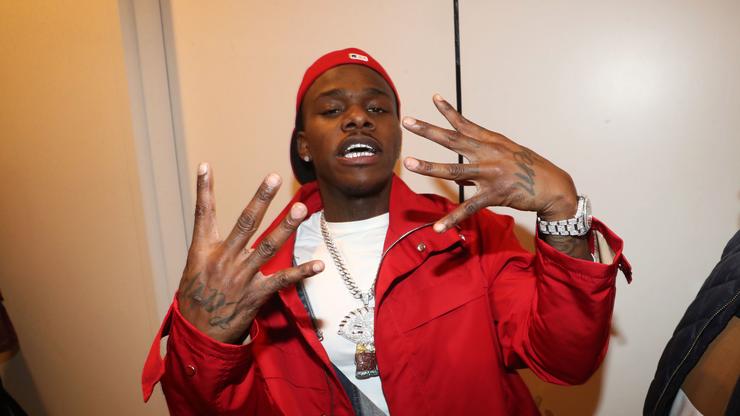 Didn't he tell y'all to stop playing with him?

Footage circulated on social media this week of DaBaby getting heated at an audience member. Thankfully, this time he didn't swing on anyone but he clearly felt disrespected. The rapper was performing on stage when someone decided to throw single dollar bills at him as if he were a stripper. Without really missing a beat, the rapper hacks a loogie at a fan and continues rapping.

It seems like common knowledge at this point that if you try and provoke DaBaby, he will react in a less-than-pleasing manner. Over the past few weeks, we've seen him at the center of a few controversies including a scrap with a Charlotte rapper named Cam Coldheart who tried to test DaBaby at the Louis Vuitton store. In a video uploaded to Instagram, Coldheart began pestering DaBaby at the high-end retail store before the "Suge" rapper went ham on him and beat him down.

This incident followed another altercation that DaBaby's security had with a fan who asked for a photo. Ahead of a scheduled performance, one of the openers asked him for a quick picture but was met with the fists of the "Goin Baby" rapper's security team.

DaBaby later issued a warning after dealing with Coldheart at the Louis store, essentially letting everyone know that if they want to play with him, they will face repercussions.