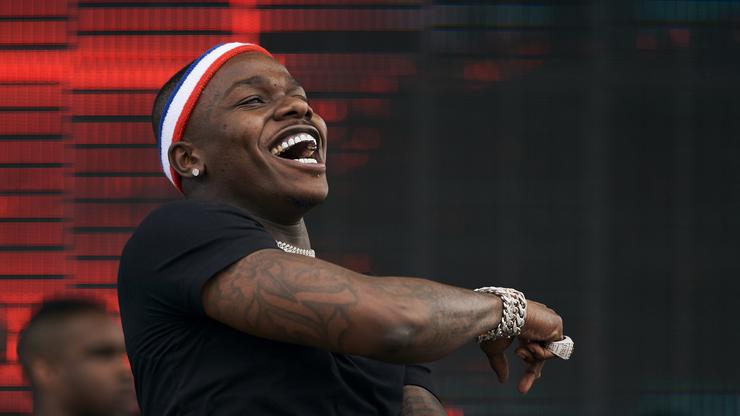 If you try to come for DaBaby you best believe he's gonna knock your pants off and make a t-shirt about it.

Just last week, we reported that North Carolina rapper, DaBaby, had gotten into a violent fistfight with another emcee hailing from North Carolina, Cam ColdHeart. Clips obtained from the incident show how the two ended up patronizing a Louis Vuitton store in the mall. Coldheart could be seen coming in, guns blazing, and holding his phone as he taunted DaBaby and said things like, "you a bitch," and, "what you gon' do? What you taking your shit off for?" In a clip that followed, showing Baby's perspective, the rapper inches in closer to cam as he responds, eventually pushing Cam to throw the first punch. DaBaby's final, no-f*cks-given, piece of documentation showed ColdHeart on the floor with a bloody nose and his pants around his ankles.

The whole internet could agree on DaBaby as the victor, and now the rapper himself has apparently created, and is selling, graphic tees which display the incident, with the iconic phrase he had said to Coldheart as he lay, bloodied and in his boxers, on the floor: "I'm Da Truth."

Cam, however, has been responding with his own side of the story, asserting that DaBaby wasn’t telling the whole truth. In a stream of tweets, the rapper claimed that DaBaby had his security jump him. “Man da big ass security and da lil nigga jumped me for bout 5 min then made it look like @DaBabyDaBaby did it his self…” Cam tweeted on May 25.

In retaliation to DaBaby putting up his shirts for sale, Coldheart also took to Twitter hours after only a couple of hours of the shirt's release, to put his own shirt up for sale. 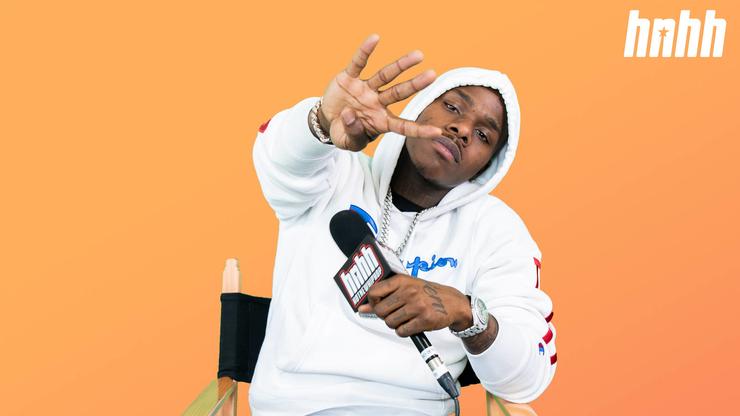 After his security got physical with a fan, DaBaby didn’t take to the stage—but he walked off with his $22K performance fee.

It’s been a weekend full of flying fists for rapper DaBaby. Aside from the pants-down-beat-down a heckler reportedly received in a Louis Vuitton store, DaBaby’s security “put them paws” on a fan outside of a concert at the Centro Night Club in Lawrence, Massachusetts on Friday evening. Initial reports stated that a fan asked for a photo with the rapper, and when he declined, the fan became too aggressive for DaBaby’s crew’s liking.

According to TMZ, the fan in question was actually a rapper named Don Trag who was one of DaBaby’s openers at the show. Following the altercation outside with Trag, DaBaby decided not to take the stage and left the scene altogether. NTS Entertainment, the promoters responsible for putting on the show, claims that the rapper walked off with the $22K payment without fulfilling his end of their deal by delivering a performance.

NTS tells TMZ that DaBaby can keep the cash, as long as he reschedules as soon as possible. They’re even willing to change venues if he wants, but they’d like to take care of things without having to get lawyers involved. However, TMZ states DaBaby’s contract says if his safety is in jeopardy, he can walk away from the venue. NTS says although that it is true DaBaby could leave if security was inadequate, he can’t just take the money with him. Also, they don’t believe that there were any security issues at the concert.

The promoter may be willing to negotiate, but Trag is not. TMZ reports that Trag already has an attorney and he’s ready to take DaBaby to court over the incident.