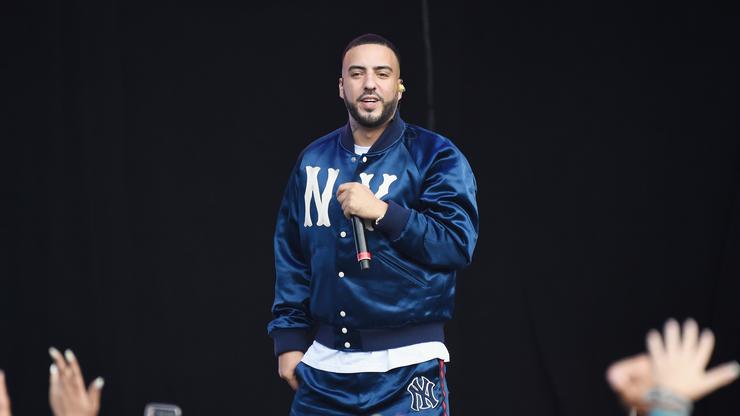 Did the “Free Max B” movement just gain the upper-hand?

If you think French Montana is just posturing when he clamors for Max B’s immediate release from prison, think again. The Coke Wave collaborators were the bestest of buds before the Harlemite rapper got hemmed up on robbery charges. Public support has been easy to come by for Max B, as he’s seen his name contributed to compilations like Gangster Music Vol. 1, his vocals consolidated on songs like “A Lie” featuring The Weeknd, and that doesn’t even account for the sentiment of injustice his absurd 75-year sentencing engendered.

In February French Montana predicted that Max B would be released sometime before the year (2019) was up. He doubled down on those claims/hopes in the recent Zane Lowe podcast where he offered updates on Kanye’s grandiose Yandhi project. But on the subject of Max B’s release from prison, French Montana alluded to conferring with lawyer-to-be Kim Kardashian, in using the “Free Max B” movement as training grounds for the bar exam she’ll eventually be asked to take to complete her law degree.

You just got to find the ways, and especially with everything going on now, the opportunity for you … Just watching Kylie become a billionaire and watching certain people just break certain records, it makes you feel like the land of where dreams come true. You know what I’m saying? I mean, life is like a mirror sometimes. And sometimes a lot of people don’t see the good that they do, like as far as Kim,” French told Zane Lowe. “Me and Kim was talking about getting Max B home from jail. ‘Cause she’s doing the whole thing with …. So, like for her to even reach out and do that I felt like that was powerful. A lot of people don’t see things like that.”

For those who think this Kim Kardashian – lawyer thing is nothing but a mirage, consider this: she’s been knee-deep in social justice reforms since the meeting with The Donald in 2018, her father was a famous lawyer in the OJ trial, etc… and well, she said it herself – she’s registered with the California State Bar for the next 4 years minimum. Regardless of whether she follows through with her plan, there’s a hope Max B will gain his freedom at the soonest possible time. The game’s been missing his cadence like no other.