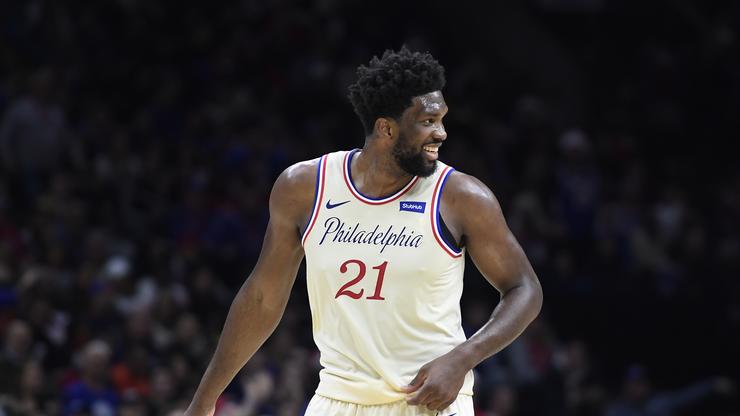 Embiid has had a rollercoaster season.

When he's healthy and playing to the best of his capabilities, Joel Embiid of the Philadelphia 76ers is one of if not the best big man in the entire NBA. Embiid is an absolute menace out on the court and the 76ers have benefitted greatly from his abilities. Despite this, it hasn't always been easy for Embiid. The star has hit a bit of a rough patch and last week, he was being criticized by almost everyone for his inconsistent play. Last night, Embiid was looking to change the narrative and came through with a game in which he scored 28 points while leading his team to a 118-111 win.

With under 40 seconds left to play in the game, Embiid knocked down a huge three-pointer to give his team a comfortable lead. After making the shot, Embiid shushed the crowd. Of course, this is a gesture you would typically make on the road but after all the criticism thrown his way as of late, it seemed as though he felt the need to silence his haters, even the ones in his own city.

This weekend, the 76ers won two straight games and are now back in fifth place in the Eastern Conference standings. If the playoffs were to start today, they would play the Miami Heat which means Jimmy Butler would face his old team. Regardless of what happens, we are in for a phenomenal last 30 games of the NBA season. 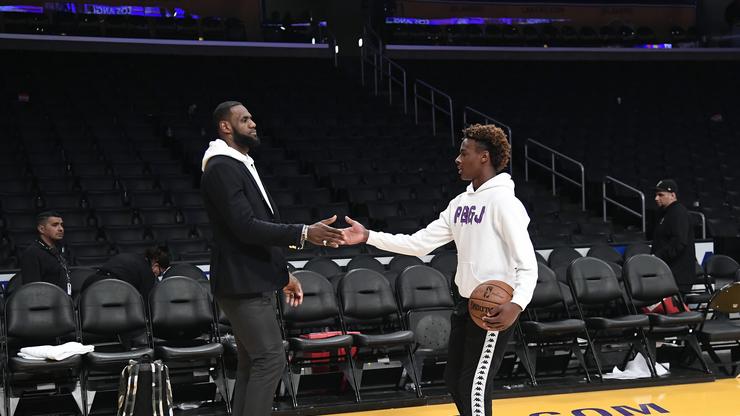 Bronny Jr.'s got some heavy talent.

LeBron James will forever go down as one of the best players to ever play the game of basketball. While that may be a controversial statement to his haters, it's clear that the consensus agrees that LeBron is one of the best to ever do it. James' son, Bronny Jr., is quite the basketball player himself and has been showing off his talents quite a bit over the last year. LeBron has been spotted at numerous games and it seems as though Bronny is the star of each one as he drains clutch shots and makes slick moves around the defenders.

Bronny Jr. was at it again the other day as LeBron took to Instagram for a proud parent moment. James posted a video of Bronny's latest game where he took over late and won his team the game.

"Man I get chills throughout my body watching this! Game tying shot to send to overtime then game clincher in overtime," LeBron wrote. "Young 🤴🏾 is more and more turning into a Savage."

LeBron has continuously said that he hopes his son can carve out his own legacy for himself and so far it looks like Bronny is on the right track. In a few years, we could even see him on an NBA court with his dad.