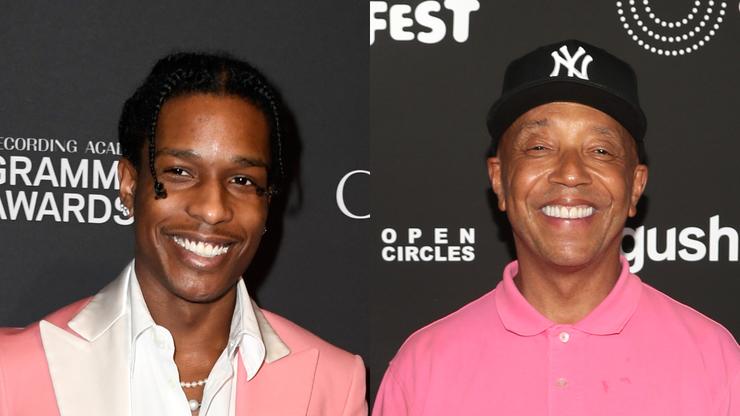 Catch was popping after the VMAs.

A$AP Rocky is out and about enjoying his freedom to the fullest. Unfortunately, Russell Simmons is doing the same. Simmons disappeared to Bali after being accused of sexual misconduct – including rape – by more than 10 women. The Def Jam founder may have fled there in order to secure immunity from these charges, since the Indonesian island has no extradition treaty with the US. However, Simmons has resurfaced from his retreat, being spotted in the Hamptons and now Manhattan.

Page Six reported that they were both Rocky and Russell were spotted at the Meatpacking district restaurant and nightlife hotspot, Catch, on Sunday night. Although, they did not arrive together. Neither of these hip hop figures were spotted at the MTV VMAs that were held in Newark that same night, so it seems they opted to go out on the town instead.

Page Six‘s source did not share any info on who the Babushka Boi was dining with, but one could guess that it was his new Brazilian model girlfriend, Daiane Sodré, who he’s been seen getting touchy with all around NYC recently. If this were the case, it may have resulted in an uncomfortable scenario, since Rocky’s ex-girlfriend, Chanel Iman, was ALSO chilling at Catch. She was accompanied by New York Giants running-back, Saquon Barkley, who is the teammate of Iman’s husband, Sterling Shepard. Although, Rocky and Iman broke up many years ago, back in 2014, so it’s likely that the two were able to maturely and amicably greet each other. Page Six did report that some of these famous parties ended up mingling. 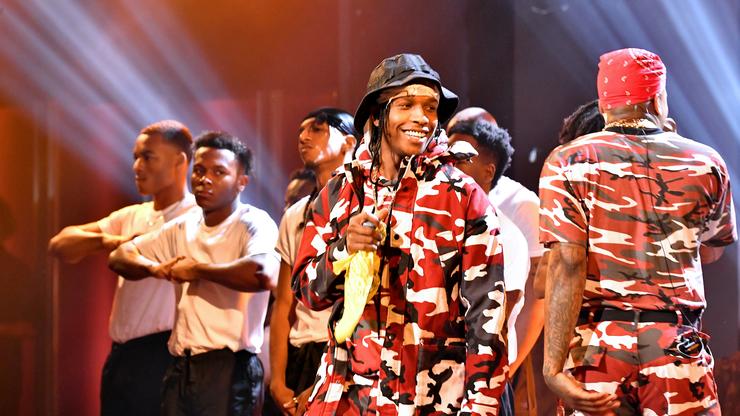 A$AP Rocky and Daiane Sodré hang out days after the paparazzi caught them this weekend.

It’s been a whirlwind month for A$AP Rocky. The Harlem-based rapper was overseas in Stockholm, Sweden when he found himself in every tourist’s nightmare scenario. He was arrested on assault charges and kept in jail for one full month before finally being allowed to fly home and wait for his verdict. He ended up being found guilty of assault but he will not be serving any further time behind bars, which made many people breathe a sigh of relief upon hearing the news. Now that he’s back home, he’s making up for lost time by teasing some new music and stepping out with a beautiful woman on his arm, levelling up in both his professional and personal life.

Rocky was spotted kissing Daiane Sodré, a Brazilian model, this weekend in the streets of Manhattan. Just days after the first batch of paparazzi photos were released to the press, some new ones have come out of the couple from last night. Rocky and his new girlfriend were seen embracing each other in public again with the rapper rocking a pair of dark shades at night. They leaned against a car and hugged each other tightly.

Although they’ve only seemingly been together for a short amount of time, Rocky and Sodré appear to be quite smitten with one another, opting to spend several days in a row together. Do you think they found love?