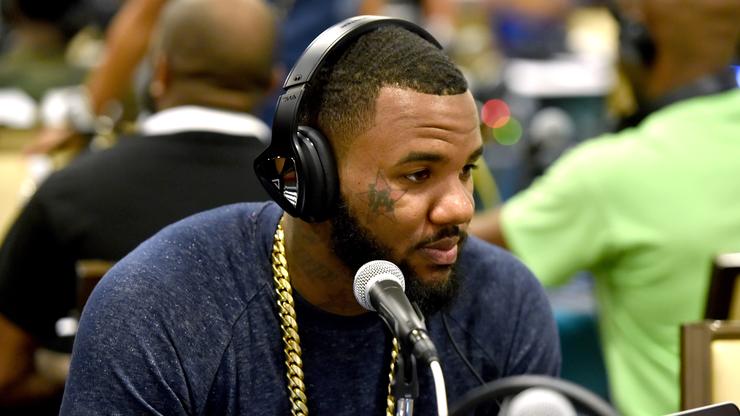 Despite telling his Instagram followers that he would refrain from posting daily Nipsey Hussle memorandums, The Game hasn’t ruled out spreading the good word in a more intimate setting. As documented by several lesser media entities, including DJ Akademik’s primary Instagram account, The Game attended a public event gripping a previously unheard Nipsey Hussle demo reel, which he then plugged into the PA system for all to hear at once.

The footage gives us a pretty vivid account of what transpired. Notice how The Game goes shoulder to shoulder with the crowd, many of whom are holding up their phones for a keepsake recording. As one Insta commenter hilariously pointed out, if you mute the sound, the video gives off a different kind of resonance. As of this writing, The Game has kept his vision for Born To Rap under wraps, save for “West Side,” the teasing single he put out two weeks from deadline day.

Back in January, The Game began littering social media with tiny Easter eggs. He documented studio check-ins with Meek Mill, under the presumption they were chipping away at Born To Rap. He also tried summoning the old guard in Just Blaze and Dr. Dre, two of the key contributors to his landmark project The Documentary.