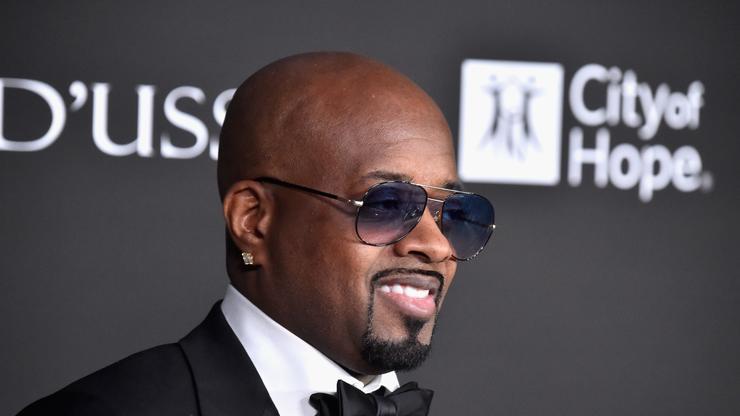 Jermaine Dupri was one of many famous guests ho stopped by to help Diddy pick and choose his next set of "Making the Band" talent.

Making the Band is underway and over the weekend, Diddy and the Combs Cartel launched the first set of auditions. The reboot of the music mogul's famed MTV series has garnered responses from thousands of aspiring artists hoping for their big break. While in the ATL, there were a few guest judges were there to help rate the singers including Monica, Dallas Austin, Jermaine Dupri, Pierre Thomas, Coach K, Quavo, and Brian Michael Cox.

It's safe to say that since those original Making the Band days, music culture has shifted. There has been a rise in independent artists experimenting with new sounds and paving their own successful career with the use of the internet alone, but with all of the evolution comes a few drawbacks. Jermaine Dupri took to his Twitter to reflect on the Making the Band auditions and shared some thoughts.

"One of the things that I notice and learned going to the #makingoftheband try outs, is that kids are using auto tune so much,the understanding of being tone def is gone and people be singing in all kinda keys," the So So Def founder wrote. "Lol this is really a epidemic." Diddy made it clear that he's looking for R&B singers who are going to bring down the house, so hopefully there were a few that made Jermaine's cut. Do you agree with him? 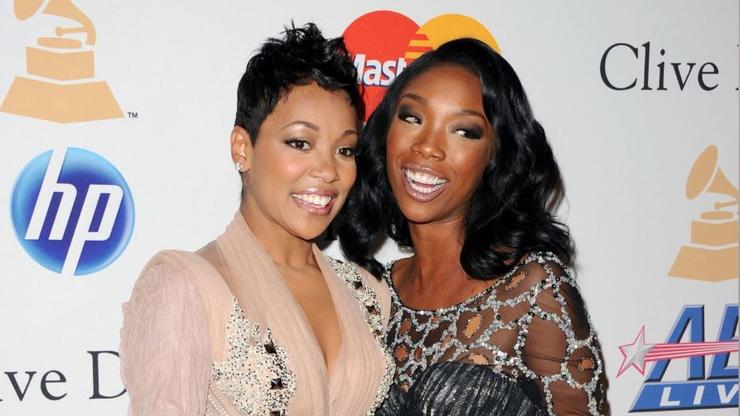 The boy is whose?

The real-life feud between singers Monica Brown and Brandy Norwood is something that has been talked about for decades. There have been rumors as to why the ladies never were one another’s cup of tea, however, no one could pinpoint exactly why these two talented women weren’t fans of one another. In spite of their alleged animosities, Monica and Brandy went on to record their No. 1, double-platinum hit single, “The Boy is Mine.”

The track was produced by veteran music Dallas Austin, and when he was asked about Monica and Brandy’s strife, he called their beef “heavyweight.” Austin shared with VladTV  that the ladies were once even engaged in a physical altercation at an awards show. “Monica never liked Brandy and…Monica’s very ghetto. When it came down to it, [Brandy’s] too proper and too this, and I think Brandy might have looked at her a certain way a couple of times,” he said.

When Monica was first offered to sing the duet with Brandy, she refused. However, music industry executives wanted it completed, so both women decided to make the record. Austin shares that the singers recorded their parts separately and the first time that they sang “The Boy is Mine” together in full was at an award show. However, before they even made it to the stage, Austin claims that Monica punched Brandy in the face backstage. “Monica was at the epitome of finding her real self,” he said. “If you didn’t have gold teeth, she didn’t like you. She was really ‘hood in Atlanta. She just wasn’t with it.”

Whatever may have occurred in the past seems to be memories of yesteryear as Brandy and Monica have buried any ill will. While Austin couldn’t remember the specific award show where this alleged altercation was to have taken place, we dug up their performance at the MTV VMAs in 1998. Check it out below and let us know if you think the ladies are singing as if they just got into it five minutes before they took to the stage.

Austin also said they dissed Babyface when he visited them in the studio.

Who thought that in 2019 Boyz II Men would be beefing with anybody. Famed producer Dallas Austin worked on the legendary R&B group's 1991 debut record Cooleyhighharmony, an album that has gone on to go 9x platinum. Austin has created music with TLC, Monica, Macy Gray, Sammie, Gwen Stefani, Pink, Outkast, George Clinton, Ciara, Troop, Janet Jackson, Johnny Gil, Deborah Cox, Eric Sermon, Lionel Richie, Will.I.Am, Brandy, and dozens of others, but it was Boyz II Men who rubbed him the wrong way.

In an interview with VladTV, Austin said that he was only a teenager when he met Boyz II Men and that he produced nearly every track on the singing group's record Cooleyhighharmony. Although the project was a smash hit, Austin was only responsible for producing one track on their followup album. When asked why, he simply stated, "I didn't like them after that."

Austin said that as a producer, his time was spent in the studio, not out in the street getting gassed up by fans, so his perspective was different. He recalled times he spent in the studio with the group after they became famous and said they would brag about their wealth or act as if they were better than others.

He was told that the group wanted to produce their second album alongside him, but he refused. He called Boyz II Men "assholes" and added that he worked on "Thank You" with them, and by the end, he "wanted to shoot everybody" because they were so difficult. To make matters worse, Austin shared that Babyface stopped by the studio while the group was recording because he had a song for them, but the guys were reluctant. When Babyface arrived, he allegedly sang "I'll Make Love to You" for them, in its entirety, but Boyz II Men didn't like it. According to Austin, they told Babyface to his face that the song was horrible.

It didn't make a difference, because they were forced by their team to complete the track and it went down in history as one of their most popular singles. Boyz II Men singer Nathan Morris watched Austin's interview and took to Twitter to air out his frustrations with his former collaborator.

"WTF is wrong with u homie?" he wrote. "Stay your ass out the woods tree-huggin and smokin weed and sh*t! U know your interview about @boyziimen with @vladtv was bullsh*t lies! I don’t really do this social sh*t but I’ll spew the real sh*t if u want n*ggah!" 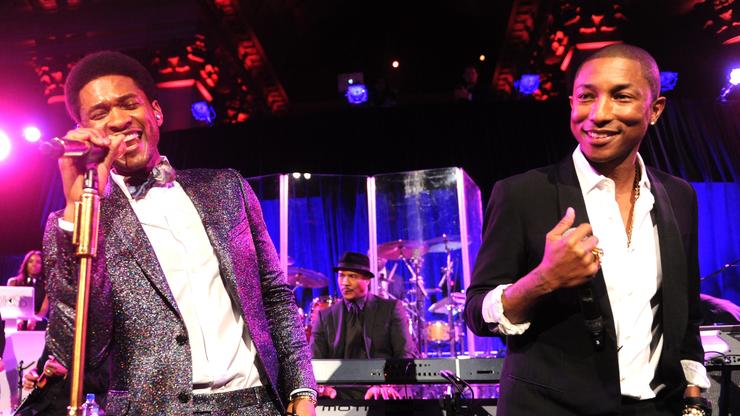 They were kicking off their big Virginia Beach weekend.

Before Pharrell Williams’ “Something in the Water” festival kicked off this past weekend, the N.E.R.D. star partnered with Usher for a little fun before the madness began. The famous pair invited friends and family to the Haygood Roller Skating Center in Virginia Beach, Pharrell’s stomping grounds, for a private party. According to TMZ, there were a little over 100 guests including “Pharell’s parents and relatives, Pusha T, Fergie, D.R.A.M., Young Money Yawn, Bruce Smith, Aaron Rouse, Dallas Austin and Pernell “Sweet Pea” Whitaker.”

To say thanks for hosting their private shindig, the Haygood Center was given a gift of an autographed roller skate, signed by the famous faces who attended the party. In a clip of the event, you can see the cocktails were flowing and everyone was having a great time, especially Usher who was captured getting his roll on to Vaughan Mason & Crew’s 1979 hit “Roll, Bounce, Rock, Skate.”

“Something in the Water” would get off to a rocky start as weather derailed the first day, but the weekend would later pick up with performances by Jay Z, Diddy, Snoop Dogg, Missy Elliott, Busta Rhymes, Timbaland, Charlie Wilson and Tyler, the Creator.