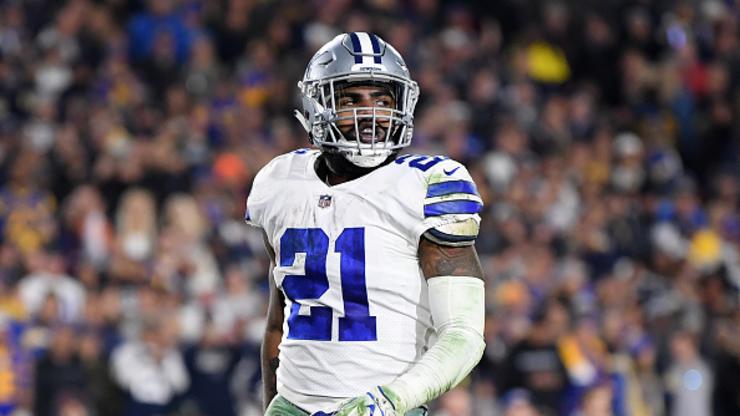 The Dallas Cowboys and All Pro running back Ezekiel Elliott have still not agreed to terms on a new contract and, as a result, the reigning rushing champ will continue to holdout.

The 24-year old Pro Bowler is entering the fourth year of his five-year rookie contract, and he is reportedly hoping to become the league's highest-paid running back. As it stands, he is owed $3.853 million this season and $9.099 million on the fifth-year option in 2020, according to NFL.com. Although the two sides have engaged in extension talks, NFL Network's Ian Rapoport reports a deal is "not close."

Cowboys owner Jerry Jones faced a similar dilemma back in 1993, when Hall of Fame running back Emmitt Smith held out two games into the regular season. Dallas went on to win the Super Bowl that year, but Jones says his team doesn't need to have a rushing champ in order to go all the way.

As Jones explained this week:

“You don’t have to have a rushing champion to win a Super Bowl,” Jones said when comparing Elliott and Emmitt Smith. “Emmitt was the first one to do it [in 1993].”

"That's one of the dilemmas at running back, is that the league knows that you can win Super Bowls and not have the Emmitt Smith back there or the Zeke back there," Jones said.

"Consequently, when we're looking at putting Zeke's contract in place, we've got to realize that the ultimate goal is to win the Super Bowl," Jones said. "So you got to do all of the things along with having Zeke that allow you to have other players so that you can win the Super Bowl. That's what we're going through."

Last season, his third in the NFL, Elliott led the league in rushing with 1,434 yards on the ground to go along with 567 receiving yards, and nine total touchdowns.