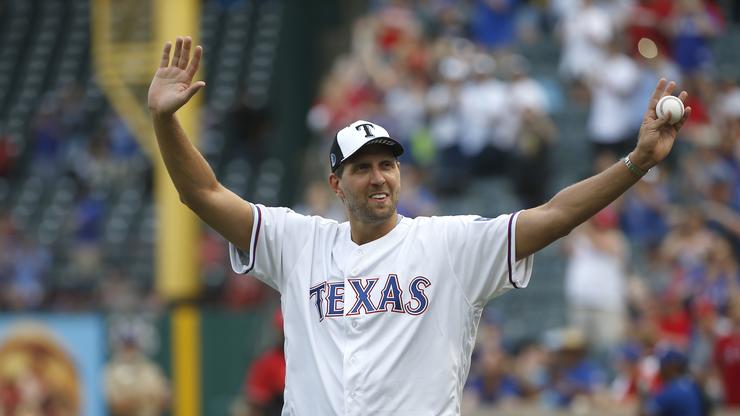 Dirk Nowitzki To Have A Street Named After Him In Dallas: Report

Nowtizki is receiving the ultimate honor.

Dirk Nowitzki called it a career this season after playing 21 years in the NBA. He was 40 at the time of his retirement and it was obvious that the game had started to take its toll on the legend's body. After bringing a championship to the city in 2011, Nowitzki was treated to a hero's welcome in every single arena he played in this year. While it appeared as though he'd think about playing another year, he realized he needed to stop playing and focus on his retirement. Since then, Nowitzki has admitted that he's stopped going to the gym and is a big fan of shoveling ice cream.

While a Hall Of Fame induction is most likely on the horizon for Dirk, the city of Dallas is hitting him with an honor much earlier than expected. According to Tim MacMahon of ESPN, the city will be renaming Olive Street to Nowitzki Way. The street actually runs parallel to the American Airlines Center which is where the Mavericks play.

Through this gesture, it's obvious that the city of Dallas has a lot of affection and admiration towards Nowitzki which makes sense considering everything he did for the team. In many ways, Nowitzki changed the way big men play the game and has been a source of inspiration for European players looking to play basketball in America.