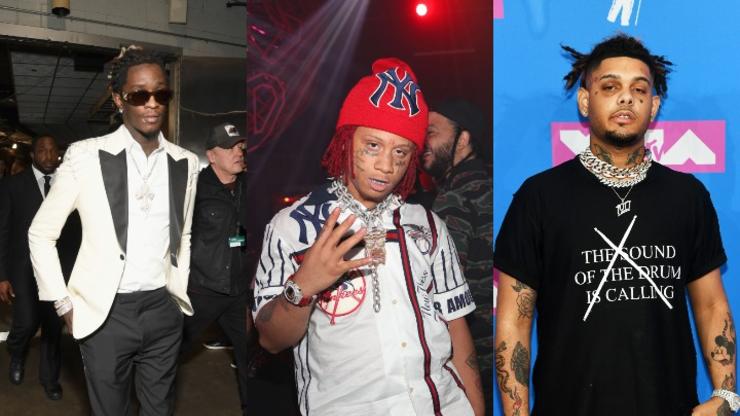 The three are amongst the faces set to appear in the new festival taking place in Dallas, Texas.

Young Thug, Trippie Redd and Smokepurpp are leading the first phase lineup for the first ever “Family Business” event set for August 31 at The Bomb Factory in Dallas, TX. The three leading Hip-Hop names are amongst many other exciting artists such as: Alec Beretz, Darnell Williams and more, who will be included in an upcoming phase two lineup reveal.

“Family Business” will be presented by AVI Entertainment, in partnership with AEG Presents and Young Thug, and will appear as an indoor live event concept. The space will provide for live-entertainment within the genre of Hip-Hop, and will be dominated by a large scale outdoor & multi-stage festival that hosts a high volume of artists of all sounds and sizes. Alternatively, “Family Business” is planning to host a carefully hand-picked list featuring eight artists who all represent the culture and the music while bringing fans an action packed night full of adrenaline, excitement, and anticipation to see the next act.

“Family Business” will offer fans an incredible value, and the opportunity to see big Hip-Hop names (to be revealed soon) who have consistently sold out previous shows in Dallas, at a very fair price point. Tickets will go on sale starting June 7 at 10AM CT, and can be bought here. The festival coincides with a fruitful time in ATL rapper, Young Thug’s career, coming after the insane success of his most recent “summer anthem” single “The London,” which featured J. Cole and Travis Scott. The rapper feels on top of the world, claiming he made the “biggest comeback of 2000&life.”