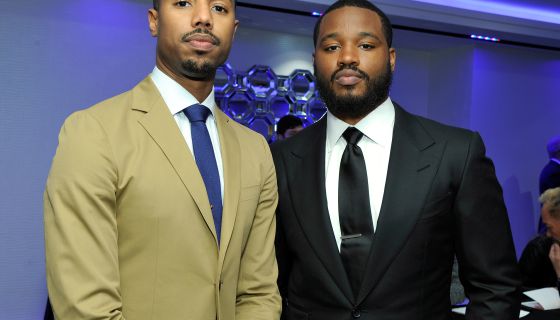 Fresh f the success Black Panther, Michael B. Jordan and director Ryan Coogler are already gearing up for another flick.

, the duo will reunite for Wrong Answer, a story based on the high school educators who participated in a systematic standardized-test cheating scandal in 2013. The movie is based on an article the whole event written by Rachel Aviv for

Jordan will play Damany Lewis, a math teacher who got caught up in the scandal. At the Atlanta school Lewis taught at, underprivileged students weren’t performing well when it came to test scores, despite their teachers’ best efforts. In an attempt to stay in the standardized-test race, Lewis joined a plan to cheat students test scores upward as a way to prevent the school from closing. The effort was eventually known as the largest academic cheating scandal in U.S. history, which resulted in 11 educators

Lewis will be a consultant on Wrong Answers as well as Rachel Aviv. The script will be written by none other than Ta-Nehisi Coates, who has a history with Black Panther along with Jordan and Coogler. Coates continues to write the Black Panther comic series for Marvel.

Ryan and Coogler haven’t failed yet as creative partners with movies like Fruitvale Station, Creed and now Black Panther. Add in Coates’ amazing , and Wrong Answer is destined to be an in-depth movie.

We’ll continued to keep you updated as more info emerges!