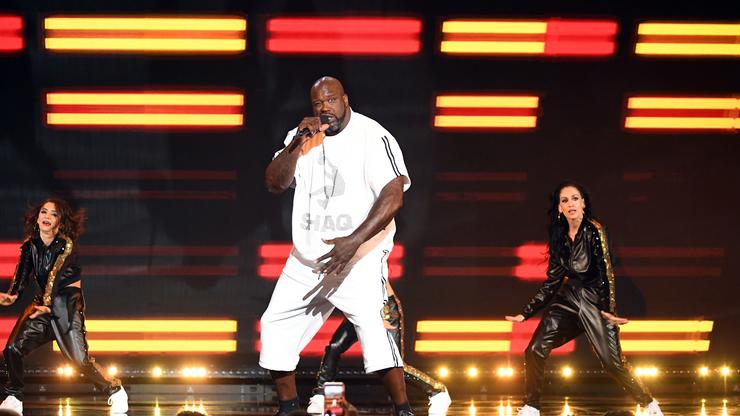 Although he was considered one of the greatest NBA players of his time, Shaquille O'Neal wants you to put respect on his rap career. Portland Trail Blazers guard Damian Lillard has been making moves in the music industry as he released his full-length project Big D.O.L.L.A. last month. Lillard has also shared freestyles and expressed that he hopes to become the first NBA player to win a Grammy Award, but his recent comments about O'Neal sent social media abuzz.

"I think I rap better than Shaq," Lillard said on The Joe Budden Podcast. "I've heard Shaq's stuff. I've like...I think people was like...I think he was viewed as Shaq. People was like, this [is] Shaq. It wasn't like, Shaq and Biggie. People weren't looking like this [is] a real rapper. It was like, 'That’s Shaq rapping.' So, of course, it was a big deal."

Shaq Diesel didn't immediately respond to Lillard's comments, but he recently surfaced with a diss track. He shared the three-and-a-half-minute song on Instagram, opening by saying, "Daddy has to come out of retirement to spank one of these undisciplined children." Shaq goes on to show that no matter how long he's been out of the game, he still has a few bars left in him. "How you say that you better than Dies / When you ain't got more cheddar than Dies / What you talkin' bout? / Legendary I'm a hip hop scholar / I'm tryin' to get a billion who gives a f*ck about a D.O.L.L.A." Check out Shaq's flow below and let us know what you think.