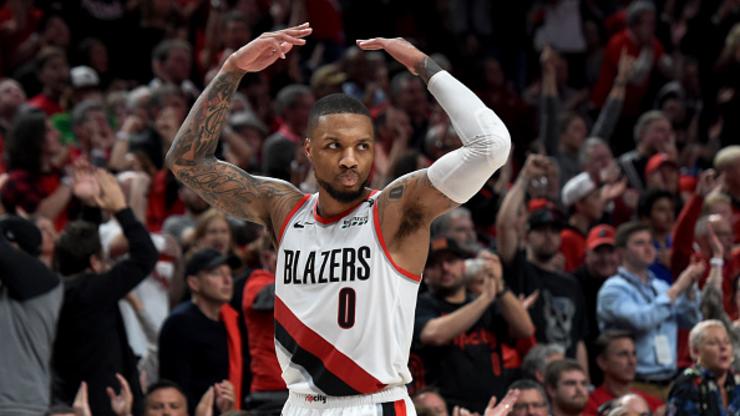 Dame announces BIG D.O.L.L.A will be available this Friday.

Portland Trail Blazers All Star point guard Damian Lillard has revealed that his third album, "BIG D.O.L.L.A," will be available later this week - and it will include a track titled, "Sorry," featuring Lil Wayne.

Dame took to social media on Wednesday to announce that the 10-track album will drop this Friday, August 9, on all platforms.

Lillard has had quite a busy off-season thus far, which included a rap battle with Sacramento Kings forward Marvin Bagley III and filming for Space Jam 2. Speaking of the latter, Dame recently described some details of how it all went down on set, including how he had to shave his facial hair for the role.

In addition to his off-court endeavors, Lillard also inked a four-year, $198 million supermax contract with the Blazers, which will keep him in Portland through the 2024-25 season.