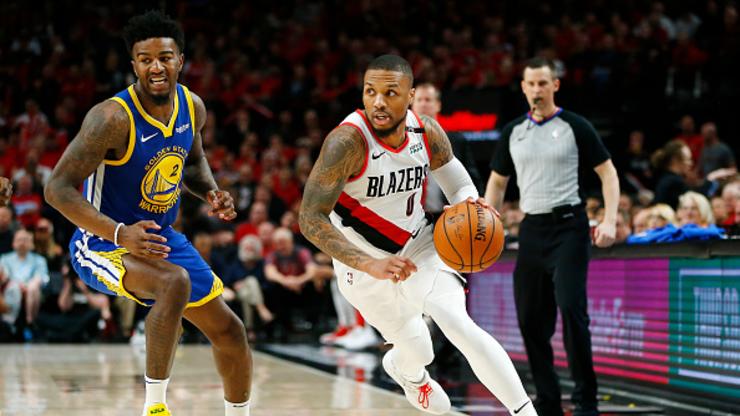 Damian Lillard Will Agree To $191M Extension With Blazers: Report

Portland Trail Blazers All Star point guard Damian Lillard has been vocal about his desire to build a championship team in The City of Roses, and the team would obviously love for him to finish his career right where it started. Lillard currently has two years and roughly $62 million remaining on his deal, but he appears to be in line for a massive raise in just a few months.

According to Yahoo Sports' Chris Haynes, Lillard and the Blazers are expected to sign off on a four-year, $191 million supermax contract extension this summer.

Lillard, who has spent each of his first seven seasons in Portland, will be eligible to sign the lucrative supermax contract extension this summer if he makes one of the three All-NBA teams, which seems to be a lock.

Back in March, ESPN's Brian Windhorst reported Lillard is feeling "very settled" these days and that he's "very comfortable with his commitment to the Blazers," despite some previous concerns about the direction of the franchise.

"Lillard has two years and $60 million left on his deal. If the Blazers offer the extension -- and they are likely to -- he could add four years and $194 million to create a six-year, $250 million commitment."

"The signs are pointing toward Lillard being interested in a Blazers extension offer this summer. Unlike other stars such as Kawhi Leonard, Paul George and Anthony Davis, who asked for trades instead of signing the supermax, Lillard has sent signals that he's interested in locking up a quarter of a billion in the days leading up to his 29th birthday in July."