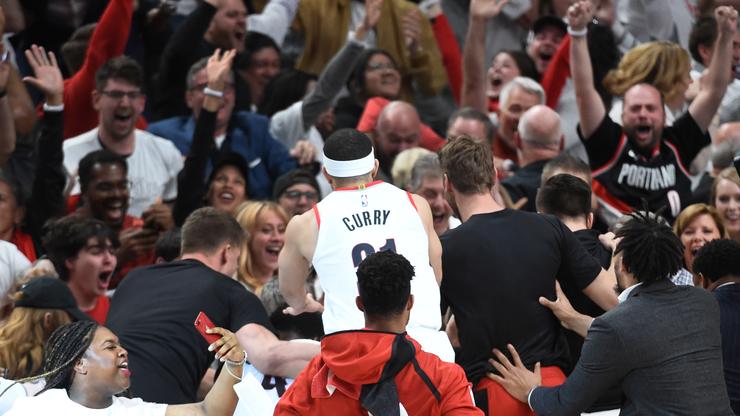 The sports world has been consumed by the game-winning heroics of Damian Lillard who helped his Portland Trail Blazers advance to the second round of the playoffs. Lillard hit a last-second three-point shot over the head of Paul George of the Oklahoma City Thunder. It was a beautiful shot that will stand the test of time as one of the most iconic series-winning shots of all-time. Since the shot, there have been plenty of memes surround Lillard who even declared that he would put the series away, earlier in the week.

When Lillard hit the shot, there was a huge celebration on the court and even some of the fans were involved. Those sitting courtside ended up being a part of the pileup on Lillard and one of those people was his sister. La'nae Lillard was sitting courtside and took a video of herself celebrating after the shot went in.

"THAT'S MY BROTHER! THAT'S MY MOTHER F**KING BROTHER!" she screamed as the entire Trail Blazers bench rushed to congratulate Lillard on his huge shot.

Now that the Trail Blazers have made it to the second round, they will have to wait for the winner of the Denver Nuggets and San Antonio Spurs series.