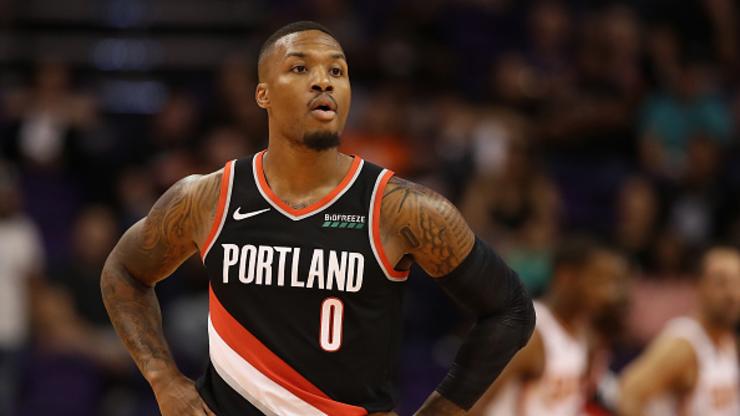 Damian Lillard Responds To Shannon Sharpe’s Rant About His Contract

Portland Trail Blazers superstar Damian Lillard inked a four-year, $196 million super max contract extension this summer, which will likely keep him with the Blazers through the 2024-25 season. That's obviously good news for Portland, as Dame led the team all the way to the Western Conference Finals last season, while earning All-NBA honors for the fourth time in seven seasons.

That said, FS1's Shannon Sharpe doesn't think the 28-year old All Star is making a smart career decision by staying in Portland. During a recent episode of "Undisputed" Sharpe was critical of Lillard's super max contract, saying that Dame will soon be forgotten when he doesn't win any titles with the Blazers.

"When's the last time Dame Lillard took less than the max? So, what Dame Lillard is gonna be is a guy that's probably gonna make $400 million with no titles."

“He’s gonna be one of the richest players in NBA history, with zero titles. Nobody remembers the guy who made a bunch of money playing sports — only if you won titles, Dame. And if you don't believe me, ask Kevin Garnett."

"At the end of the day, if you play a sport, it's about titles."

"1st of all I took less on my first max ext Do your homework. but whatever the easiest thing to have an opinion on is stuff that don’t involve you cuz you don’t have to deal with the consequences. And u dnt kno If I’ll win it lol... if I’m forgotten I’ll be a rich forgotten mf"

Check out Sharpe's full comments about Lillard's contract and his ability to win titles in Portland, as well as Dame's response, below.