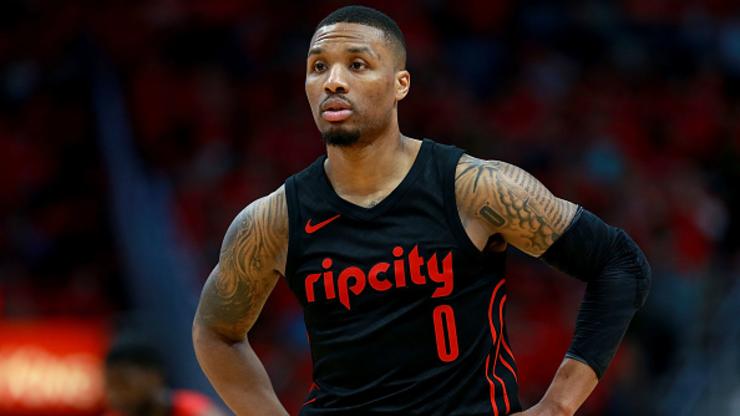 Damian Lillard Breaks Down All Of His Tattoos: Video

Portland Trail Blazers’ All-NBA point guard Damian Lillard has plenty of ink on his chest and arms that tell a story of his family and his hometown roots. This includes a massive tribute to Oakland across his chest, a Raiders logo on his right forearm and his sister and mom’s names on his arms.

During a recent interview with GQ Sports, Lillard broke down all of his tattoos, including how he would never get his chest tattoo again simply because it hurt so much. Check out the full video below.

The 29-year old All Star inked a four-year, $196 million super max contract extension this summer, which will likely keep him with the Blazers through the 2024-25 season. That’s obviously good news for Portland, as Dame led the team all the way to the Western Conference Finals last season, while earning All-NBA honors for the fourth time in seven seasons.

The Blazers will open up the 2019-20 regular season at home on October 23, as they host the Denver Nuggets. That game, scheduled to tip-off at 10pm ET, will air on ESPN.