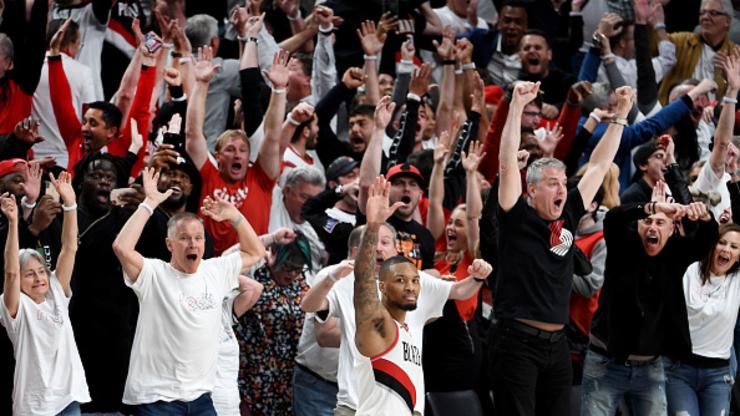 Damian Lillard's Portland Trail Blazers have been one of the most disappointing teams this season, much to the delight of some bitter Oklahoma City Thunder fans. Though the Blazers' struggles are no reflection of Lillard's play on the court, at least one OKC fan thought it necessary to call out the All Star point guard while bragging about the Thunder's current standing in the Western Conference, relative to where Portland is ranked.

In response to a tweet about how the Thunder could lose every game from here on out and likely still finish with a better record than the Blazers, the fan tweeted at Lillard, "Imma need to see some more of that waving." Of course, that's in reference to the way Lillard waved goodbye to OKC after burying them in Game 5 of their first round series a year ago.

Dame took the high road in his reply, but also made sure to note how much real estate he still holds in the heads of OKC Thunder fans.

"The fact that y’all can’t let this go just shows how bad it hurt your heart. You’re having a great season."

The Blazers' 118-106 loss to the Boston Celtics on Tuesday night has them sitting at 26-33 as they prepare for a three-game road trip beginning Thursday night in Indiana. As it stands, they are three games behind the Memphis Grizzlies for the eighth seed in the Western Conference. The Thunder, meanwhile, rank sixth in the conference with a record of 36-22.