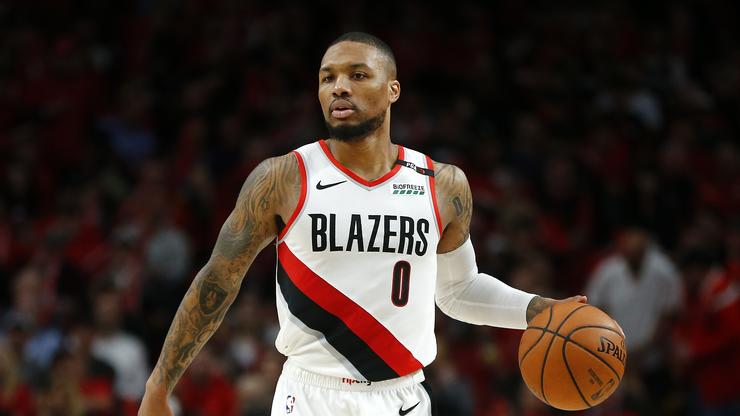 Lillard is more than just an assassin on the court.

Over the past few years, NBA players have learned not to mess with Damian Lillard. He's been one of the best point guards in the league and his playoff performance this past year was a testament to that. Lillard hit one of the best buzzer-beaters of all-time while playing against the Oklahoma City Thunder and fans have given him his respect ever since. With that in mind, it's no surprise that Lillard is in high demand when it comes to fan interaction and just general basketball matters.

This past weekend, Lillard went out and about to a local sneaker store where he got to speak to some of his younger fans. The kids looked pretty excited to see Lillard, especially when he hit them with a surprise. He told each kid to pick out five sneakers and he would hook them up for free. As you can imagine, the kids were ecstatic and seemed to be in disbelief at the gesture.

Considering how much money Lillard makes, he can certainly afford to do things like this, but either way, it's a great gesture that should absolutely be applauded. It's great to see NBA players remember where they came from and give back to the community.

Hopefully, we see even more players follow suit throughout the offseason.