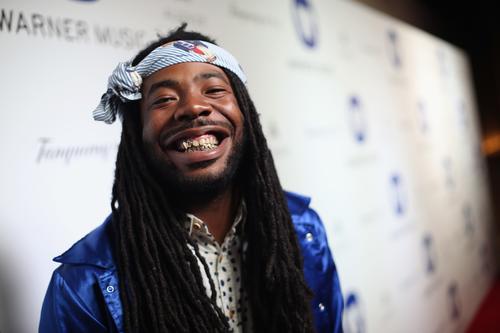 DRAM Celebrates The Glories Of "Rugrats" And "Pokémon"

Like any good big baby, DRAM has love for the childhood gems. Rugrats and Pokémon get a shout-out, as they should. "Tommy Pickles from Rugrats," reflects DRAM. "I mean I fuckin' love that show. I was there from day one. It's really dope to get that perspective, he was just like a fuckin' leader. He didn't have all the tools, but was gonna figure it out somehow." He goes on to recount some his favorite episodes with a staggering attention to detail, including an eloquent breakdown an Angelica-centric nightmare sequence. Respect it.

Upon receiving a binder full OG Pokémon cards, DRAM can barely contain his excitement. "I should get back on my shit," he laughs. "I used to have a binder, sixth grade...I love Squirtle, that whole thing going with Blastoise....Pidgeot! I had a Pidgeot!" He goes on to talk about the fateful Christmas 99', when he and his brother both received a pack Pokemon cards. "He had one with a Bulbasaur on the cover, I picked the one with the Charizard. Lesson learned. Judgin' a book by its cover gets you nothing. I got nothin' but a fuckin' Beedrill, and it wasn't even holographic. My brother got a Charizard. A holographic Charizard. God damn...I was mortified."

On a more music-related note, DRAM opens up about his experience on the DAMN Tour with Kendrick Lamar and YG. Check out the interview for more from the Big Baby, who recently linked up with Diplo for a soulful jam. 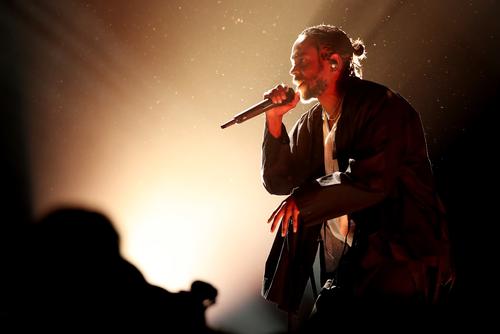 Music and style generally always go hand in hand. We've seen rappers pop f before because their fashion prowess as well as their adeptness to music. Merchandising your brand has come a long way in the last few years, with basic designs from Anti Social Social Club among others becoming the wave. Someone who understands the importance merch is Kendrick Lamar. Following in the footsteps Kanye West, Drake and Justin Bieber, the Compton rapper opened successful pop-up shops to promote his North American DAMN. Tour with Travis Scott and DRAM, the former which also being quite knowledgeable on gear sales.

King Kendrick launched an incredibly dope, interactive website with a rotating map where the stores will be placed. Kenny keeps the dates relatively simple, with one open day for each city, excluding Rotterdam, which is open on both February 22 and 23. The TDE artist is launching the locations in existing stores with the renowned Storm in Copenhagen, Nous in Paris and London's Selfridges among the locations announced.

RELATED: "Black Panther: The Album" Expected To Debut At #1 On Billboard 200

European fans are excited to witness Kendrick live and purchase some (or all) the merch fered in the pop-ups. The European leg the DAMN. Tour hits Frankfurt, Germany tomorrow. He is reeling f the success Black Panther: The Album and is poised to have a huge 2018. Check out his website here and, seriously, shout-outs to whoever designed it. The dates are below: 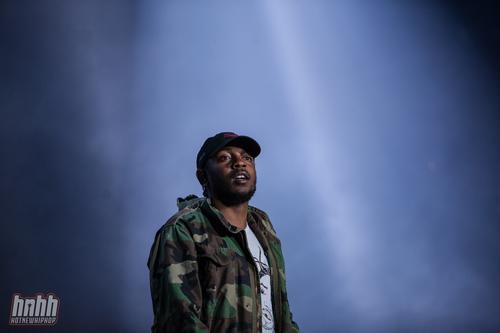 After recent reports surfaced suggesting that Kendrick Lamar would be banning the use cell phones and all photo devices on the European leg  his DAMN. tour, his representatives are quickly putting that rumor to rest. It was believed that K-Dot was the latest artist fighting to sustain the classic experience concerts by limiting photos to only members his team but, after reaching his representatives, Billboard reports that the claims are untrue.

Kendrick has been in the news ten this week with the critical success the Black Panther soundtrack and he continues to make headlines as he tours London for the next two days. The Compton rapper was thought to have shunned concertgoers from recording or photographing him as he performs, preferring the energy to be authentic and for the audience to be genuinely present without the aid their phone screens. While fans may continue to capture the moment their cell phones, pressional equipment is generally frowned upon and banned in many concert venues.

Kendrick curated Black Panther: The Album in support the Marvel film premiering in the United States on Friday, February 16. Enlisting the help SZA, Vince Staples, Travis Scott, Ab-Soul and 2 Chainz among others, the soundtrack is not to be missed if you haven't checked it out yet.