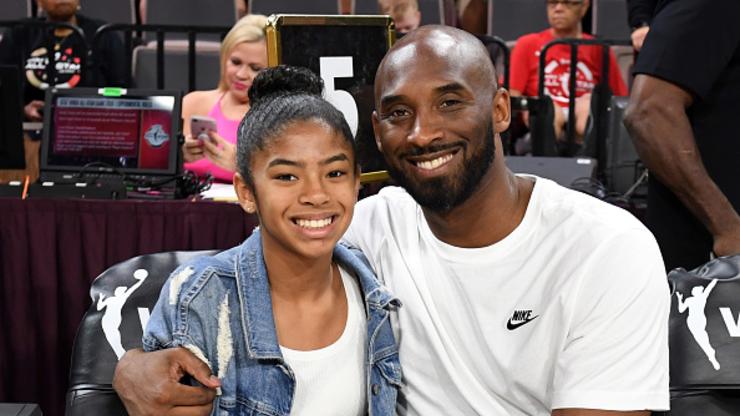 "Sorry if it came across as a slight, trust me it wasn’t."

Kobe Bryant received some backlash on social media on Wednesday, after he shared a photo of the fourth place "winners" on his daughter's youth basketball team. In the caption of his IG post, Bryant noted how one of the girls on the team missed the game for a dance recital, adding, "so that should tell you where her focus was at this time.”

"Here’s our fourth place ‘winners’ picture lol six of the kids in the picture stayed with me and worked every single day to get better and continue to work to this day,” he captioned the shot. “The 7th player (not in pic) missed this game for a dance recital so that should tell you where her focus was at this time.”

Kobe later edited the caption to say, "meaning she enjoyed dance more than ball which is fine," but the critics were already up in arms because of the way he singled the girl out. As the tweets rolled in, Bryant clarified that he was just providing context as to why the girl wasn't in the photo.

"Sorry if it came across as a slight, trust me it wasn’t. I was just giving the reason for her not being in the pic. They chose not to smile for the pic I actually followed their lead. Our team has become family and this includes the 7th player.

"Doing a dance to miss the game isn’t a bad thing," he continued. "That’s not what I was saying. I was just giving context as to why she wasn’t in the picture. All my girls play/played diff sports. It’s all good and For the record I followed their lead on not smiling. They HATED those trophies."

Check out some of Kobe's responses in the tweets embedded below. The apple doesn't fall far from the tree.

We've all watched Beyonce and Jay-Z's adorable first daughter, Blue Ivy, grow, and it didn't take us long to realize that the little girl is going to turn out a star just like mom and pops. From upstaging her mama with her singing on Bey's Homecoming: The Live Album, to passionately belting out the "Circle Of Life" at the premier of the new Lion King, to the iconic moment she shushed her parents' clapping at the 2018 Grammy Awards, this little girl proved from very early on, and time and time again, that she has the talent, as well as the spunk to go with it. Now, most recently, Blue, who is now 7 years old, proved once more that she's a diamond in the rough by stealing the show at her adorable dance recital.

Bey and Jay's little star took center stage at the Debbie Allen Dance Academy in L.A. and absolutely slayed her performance in black tennis shoes and sparkly jean shorts. The show was was part of the annual Spring Concert, that was titled "colors" this year. The little diva could be seen dancing along to her mom's own song, "Before I Let Go," a redo of the hit from Frankie Beverly and Maze. She was clearly in her element as she performed all her moves with precision and passion, before ending the act with a perfect split.