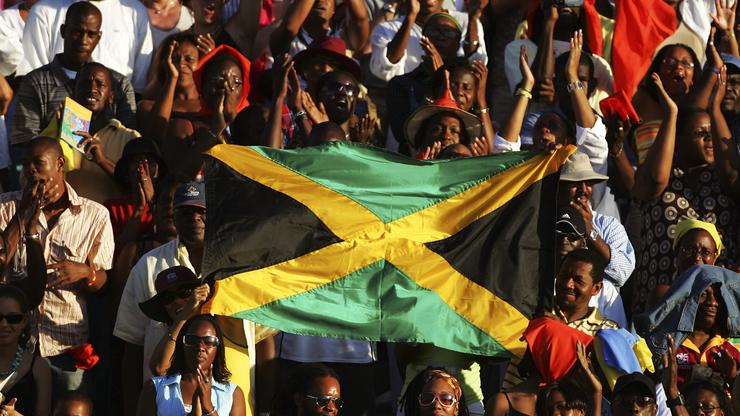 The tragic moment was caught on video.

In dancehall, dancers often use stunts to captivate their audiences. Unfortunately, it’s reported that well-known dancer Roxanne “Bumpa” Evans lost her life while performing a stunt with one of her Gladiator Dance partners named Momo. A video of the tragedy was shared on Facebook showing the moment Bumpa reportedly lost her life.

In the video, Bumpa can be seen on her head with her legs in the air. She’s dancing upside down as she twerks and moves her legs in various positions. Urban Islandz News reports that Momo was supposed to leap over Bumpa in an acrobatic type move, but instead, Momo landed on top of her fellow dancer. The weight caused the popular dancehall dancer to break her neck.

Some reports stated that Bumpa was still alive immediately following the incident and would later lose her life at a hospital. The video shows a non-responsive Bumpa lying face down as a panicked audience tried to revive her. “I’ve seen other dancers attempt it and land on their hands, back and head and seriously injure themselves,” dancehall choreographer Stacy Xpressionz told the Jamaica Observer. “As you know, one dancer would go on their head and the other one would ‘chuck tru’ their legs and land. But what some people try to do is flick (flip) instead ’cause it’s easier. The thing is, it looks easy, but when you’re about to attempt it, you will see that it’s not really easy. You need to know the right techniques and you need a lot of space before you jump. The truth is, me and Shelly (Callum, the other co-creator) have never seen anybody execute the move properly.”

Bumpa leaves behind two sons. Out of respect for her loved ones, we aren’t going to share the video here. We hope you understand.