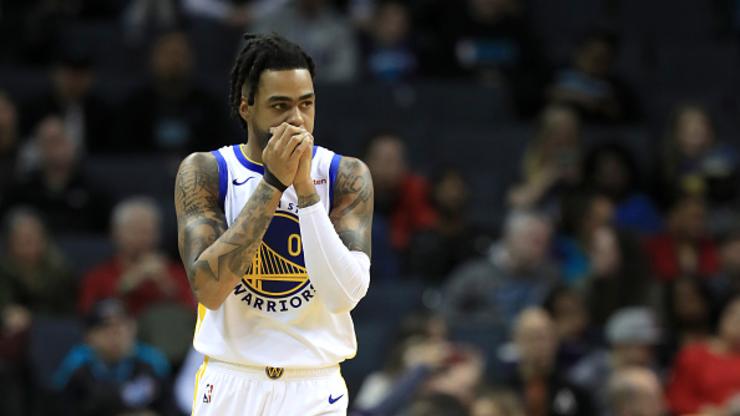 The week of the NBA trade deadline is upon us and there are several superstar players that could be on the move. Most notably, Golden State Warriors point guard D'Angelo Russell.

According to The Athletic's Shams Charania and Jon Krawczysnki, the Warriors have received plenty of interest in the 23-year old All Star, including the likes of the New York Knicks and Minnesota Timberwolves.

Charania and Krawczysnki mention that Golden State is seeking "significant draft pick compensation" in return for any Russell trade, but the Wolves have reportedly been hesitant to mortgage their future as they are amidst a rebuild themselves. Specifically, Minnesota has been unwilling to include their 2020 unprotected first round pick in negotiations.

“There is a deal to be had here,” one source said, “but something would have to give.”

The Knicks, meanwhile, are currently sitting at 14-36 for the season, which is fourth worst in the NBA. Needless to say, the team is expected to hang on to their 2020 draft pick in hopes of landing the top selection in June. SNY's Ian Begley reports that the Knicks' 21-year old point guard Frank Ntilikina and veteran forward Bobby Portis have both come up in conversations between New York and Golden State.

"Some people around Russell said over the summer that he was open to the possibility of signing with New York because he liked the city and he was intrigued by the idea of competing so closely with the Nets -- the team that decided to sign Kyrie Irving instead of bringing him back."

Whether or not these trade talks materialize remains to be seen, but we'll find out soon enough as the league's trade deadline is rapidly approaching on Thursday, February 6th at 3pm ET.