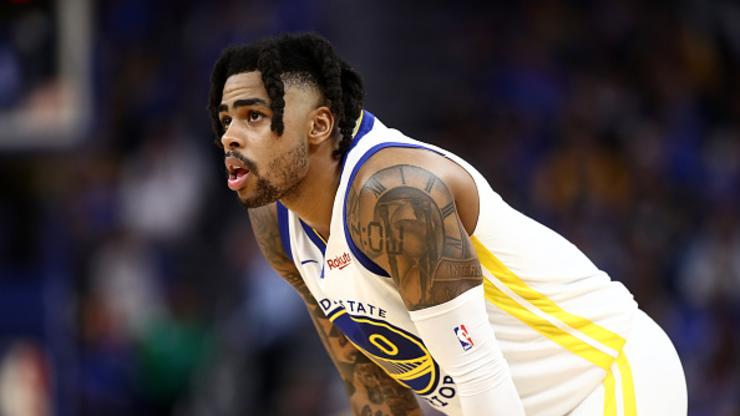 D-Wade passes the torch to DLo.

Golden State Warriors All Star point guard D'Angelo Russell is a sneaker free agent no more, as he has officially reached a deal with Way of Wade. As announced by Bleacher Report Kicks on Thursday, Russell will become the new on-court face of Dwyane Wade's line.

Says Wade, "I step back and ask myself, 'Who would I want to be the face of my brand,' right? I see the way that you move and the way that you like to do things and it's very similar to the way I move." He adds, "For me, man, it's a no-brainer."

Wade also posted the following message on twitter after announcing DLo as the next face of the Way of Wade brand: "My decision 7 years ago to sign with Li-Ning was to show the next generation that it’s not just 1 way of doing things. I had a chance to build a Global platform that gives future athletes a canvas to create and be expressive. My decision 7 years ago was for moments like today."

Russell has worn Nike throughout his NBA career thus far and has recently been fond of Paul George's Nike PG 2.5. However, the 23-year old guard has since switched to the Way of Wade and, as D-Wade was quick to point out, they were the sneakers on Russell's feet when he threw down a dunk against LeBron James and the Lakers last week.