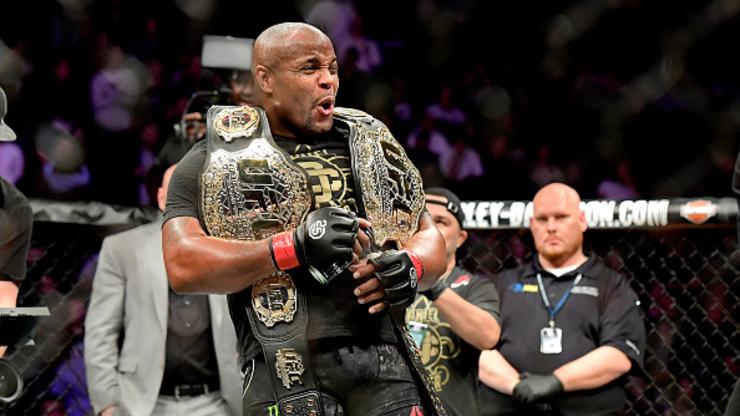 DC's next fight will be his last.

One of UFC's most decorated superstars, Daniel Cormier, is returning to the octagon for a trilogy fight, but it won't be against Jon Jones.

Cormier explained to ESPN's Ariel Helwani on Monday that the next and final fight of his career will come against the man he recently lost the heavyweight championship to, Stipe Miocic. Win, lose or draw, DC will be hanging up his gloves after that bout.

"I'm gonna fight this guy again," says Cormier. "The next one is the last one. It has to be against Stipe. No one else matters.”

In speaking with Helwani, Cormier revealed that he likely would have retired after his fight against Miocic at UFC 241 in August but things didn't go as planned, as Stipe KO'd him in the fourth round. DC won their first meeting in 2018 by way of first round TKO.

Cormier, 40, has been open about his plans to retire over the last several months and fight fans will surely relish the opportunity to see him in action one last time. For his UFC career, he boasts a record of 22-2, and he'll be able to transition into a commentary role with the company once he does retire.

As far as when fans can expect to see Cormier vs Miocic III, it looks like UFC 245 on December 14 might be the date to watch out.