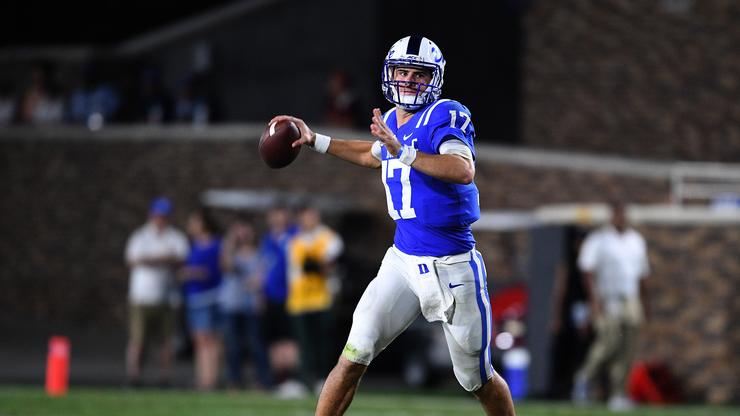 Jones was drafted sixth overall by the Giants.

Daniel Jones hasn't even played one down for the New York Giants and the fanbase is already against him. The Duke football quarterback was drafted sixth overall by the Giants in this year's draft, a move which many people feel was ill-advised. Jones wasn't the highest-rated QB in the draft and having him picked so early seemed to be quite the stretch. The entire fanbase was shocked by the decision and it led to some pretty great memes and reactions on social media. Regardless, the Giants are stuck with Jones and are confident that he is their quarterback of the future.

Over the weekend, the Giants decided to release a hype video of Jones throwing some passes and let's just say it's a bit overdramatic. From the music to the weird jump cuts, it's clear that the Giants are trying to make you believe Jones is better than he really is. Not to mention, all the "dimes" he drops in this video are to wide open receivers who in many instances, are standing still.

It's too early to tell whether or not Jones will truly live up to being a sixth overall pick but videos like this one probably won't help all that much. At least the Giants are standing by their convictions. That's definitely something to marvel at. 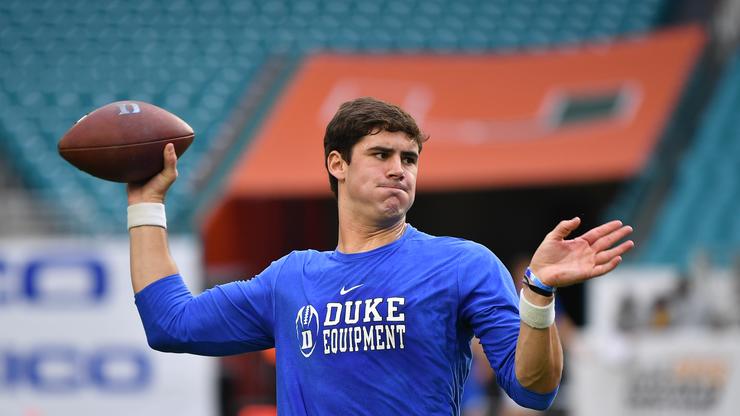 Dave Gettleman Defends Daniel Jones Pick: "We’ll Find Out How Crazy I Am"

The Giants are confident they made the right choice.

Famous New York Giants fans such as Geroge R.R. Martin and Joe Budden have been quite critical of the team as of late because of their questionable sixth overall pick in the NFL Draft. The team went off the board and selected quarterback Daniel Jones from Duke, who wasn't even considered good enough to be picked in the first round. General Manager Dave Gettleman has been defending the pick and recently, he doubled down saying he's confident that he can give Jones the keys to the franchise.

"In three years we'll find out how crazy I am," Gettleman told NBC Sports' Peter King. "The one thing I have learned is you don't fool around with a quarterback. If he's your guy, you take him. If you put 32 general managers in a room and gave them [truth serum], every single one of them would tell you a story of how they got cute in a draft and it cost them a player they wanted. So, you don't get cute there. You don't get cute with a quarterback."

Gettleman explained that he watched Jones in the Senior Bowl this past season and after having only watched three possessions, he could tell that the Duke QB was who they had to take.

"After the three series I watched, I saw a professional quarterback," Gettleman explained. "So that's when I was in full-blown love."

Giants fans can only hope that Gettleman is right and that Jones becomes the quarterback the team feels he can be.