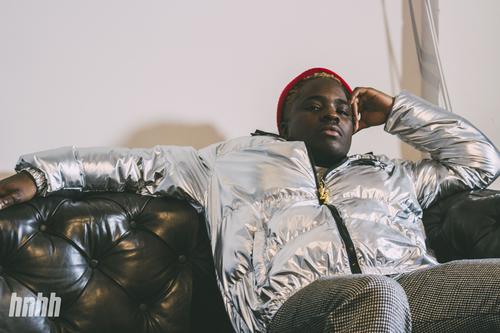 IDK's been busy for a few years at this point. In the current climate hip hop, IDK music definitely stands out from the crowd. He's a talented emcee who's proves it on wax with every release and combines his sound with what's going on right now without having to compromise it. His album hailed features from artists like MF Doom and Del The Funky Homosapien to Yung Gleesh and Chief Keef. There's a handful artists that could manage that successfully and IDK's one them. Now, the rapper's music has landed him a commercial placement.

IDK hit Twitter today to reveal that Dragonball used his music for a new commercial. "They used my song on a DragonBall commercial. I can die happy now," he wrote. The song he speaks his "17 With A 38" featuring Chicago's own Chief Keef. While vocals aren't in the commercial, Daniel Worthy's production is there. Either way, it's clear he was stoked on it.

Aside from his placement on the Dragonball commercial, IDK got a busy two months ahead him. The rapper is gearing up to hit the road with A$AP Ferg and Denzel Curry on the "Mad Man" tour. The tour kicks f on February 28th in Philadelphia before ending in NYC on April 14th. The tour will also make some pit stops in Canada in Montreal and Toronto. Peep the full tour dates here.