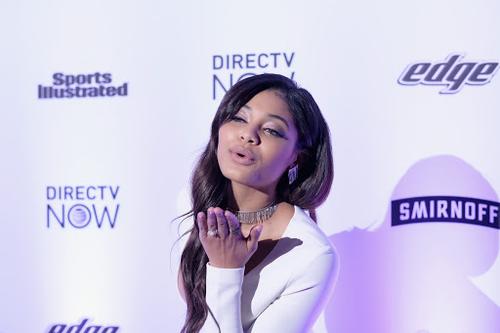 While we await swimsuit season, Sports Illustrated Swimsuit is already prepared as they unveiled their cover star Danielle Herrington earlier today. The cover is special as the platform has only ever been awarded to two black women formerly: Tyra Banks in 1997 and Beyoncé in 2007. Marking 11 years since Queen Bey's cover, Herrington's presence is entirely welcome. The model glows in her appearance, sporting a pink bikini and smiling to the camera over her shoulder.

Last year's edition saw SI Swimsuit veteran Kate Upton grace the magazine for the fourth time. While the Swimsuit edition is not nearly as popular as it once was, it remains to be an iconic feat that models strive for. The honour is even greater for Danielle Herrington as this is her first cover ever, which she gleams about in an Instagram post, "I dedicate this to all the young girls out there. Work hard, surround yourself with good people who believe in you and your DREAMS WILL COME TRUE!"

RELATED: Get A NSFW Behind-The-Scenes Preview Of This Year’s “Sports Illustrated Swimsuit Issue”

Herrington ends her post fering encouragement to young women and positive vibes, stating, "DREAM BIG. WORK HARD. BE RESPECTFUL. LOVE EACH OTHER. OWN IT!" As the third black woman in history to grace the swimsuit cover Sports Illustrated, Herrington is living the dream and it can only go up from here. With the upcoming release Black Panther, 2018 is all about black excellence and this is an amazing start. 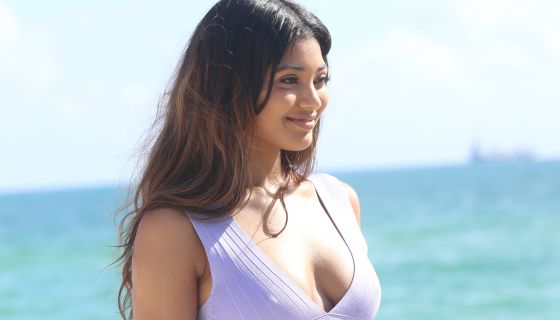 Sports Illustrated revealed their 2018 Swimsuit Issue on Tuesday, February 13, and let’s just say they got it right.

Compton’s is not only the third black woman (after and ) to grace the cover the highly coveted issue, it’s her first-ever cover period. More photos below, plus a little background on Ms. Herrington.

While Herrington is currently based in Bushwick, as previously mentioned, the beauty is from Compton, California. She tells her upbringing was “pretty normal.” “A lot the time after school, we would go to my grandma’s house because my parents were working. We would swim, ride our bikes down the street, we had a trampoline, scooters, everything! I went to a private school so I guess I got away from the bad action,” she adds.

Shooting for Sports Illustrated made her feel really nervous. She tells Fox News, “It took place in Fiji and I was really nervous. You know how you’re so nervous your knees shake? That was me. SI was my first big job modeling so I definitely felt the pressure within me… But the morning the shoot, I woke up around 4 a.m. and I just couldn’t eat. I remember just having a little cfee. I was too nervous to eat… We then took a boat to a small island, which is where they shot ‘Castaway.’ And honestly, once we started, I felt so comfortable, super confident and sexy. We got some good shots out it.”

She’s all about celebrating different body types. She tells the site, “Not everyone is the same size. Not everyone is super skinny and not everyone is plus size. And we need to celebrate all that, including the in-between. We should cater to everyone. A young girl can flip through the magazine now and say, ‘Oh, that’s like me!’ They can relate, which I think is really important. And I love that.”

This happened. Head over to Herrington’s IG for more.