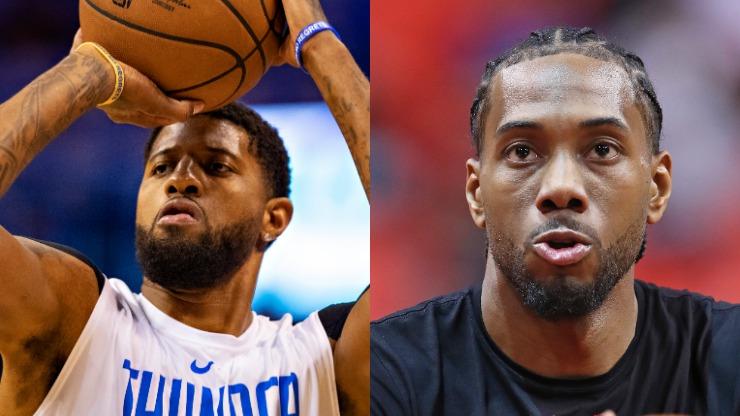 Kawhi Leonard decision to sign with the Los Angeles Clippers over 4 years came down whether Clippers' management could entice the Oklahoma City Thunder to part with Paul George. As outlined in the initial Kawhi to LA report, ESPN's Adrian Wojnarowski alluded to a meeting taking place between Paul George and Leonard sometime this week - where they reportedly discussed a contingency that would form the basis of a superteam within the Clippers organization. As it turns out, Clippers' management had both the cap space to fit both their "max deals" fit and the assets to pry Paul George out of Oklahoma City.

As per Marc Stein of the New York Times, Oklahoma City is set to receive 2018 1st rounder Shai Gilgeous-Alexander, forward Danilo Gallinari, and a total of five 1st round picks, only one of which is unprotected. The Clippers and Thunders will also reportedly swap future draft picks at their own discretion. Going the other way: Paul George and nothing else!

George's acquisition by the Clippers follows reports that he was growing discontent with his partnership with Russell Westbrook in OKC. Shams Charania of The Athletic has been on to pitch that storyline in the advent of his departure. The multiplayer trade was by all accounts precipitated by Kawhi's demands for a second star on the Clippers roster; hence the hold-up. What do you make of this shift in power? His us in the comment section below.