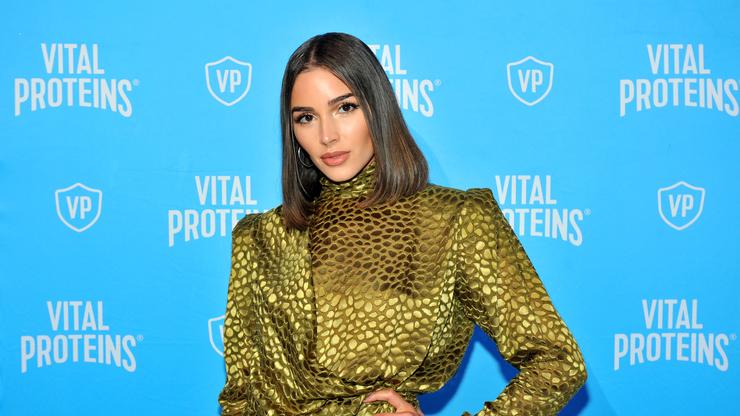 Oli Culpo has been known to be a big fan of dating football players as she was in a longterm relationship with Danny Amendola of the Detroit Lions. Last Fall, the two broke up after it was revealed that Culpo wanted to get married but Amendola wasn’t interested. Since then, Culpo was spotted flirting back and forth on Instagram with Christian McCaffrey who is a running back on the Carolina Panthers. Last week, we reported that the two had been spotted together and now, it appears as though they’re already going on vacation together.

Thanks to some Instagram stories TMZ, it was revealed that Culpo and McCaffrey are hanging out in Cabo, Mexico along with their friends Kristen Louelle and Tyler Gaffney. Gaffney used to play in the NFL and played for teams like the Jacksonville Jaguars and the New England Patriots. McCaffrey and Gaffney seemed to have a ton of fun on stage when they took off their shirts for a crowd of adoring women.

Despite being on vacation together, there is no indication as to whether or not their relationship is official or not. Then again, whenever you go on vacation with someone, there’s always a good chance that you care about that person on some level.

Meanwhile, it’s been reported that Amendola has completely moved on from Culpo and has started talking to other women. 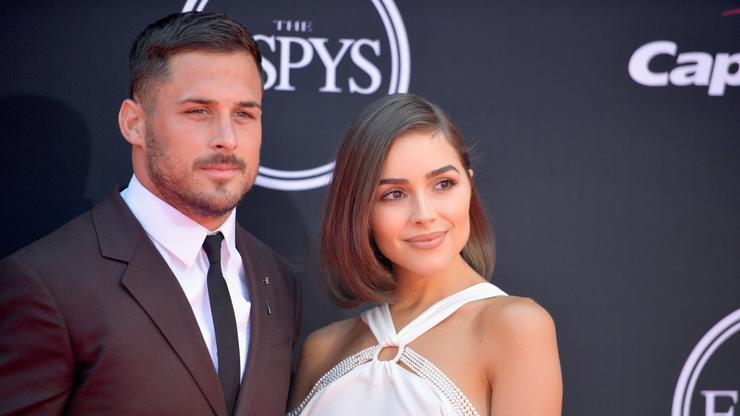 Olivia Culpo Might Have A New NFL BF After Danny Amendola Split: Report

Culpo and McCaffrey were flirting on IG just a while ago.

Oli Culpo had a very public break up with NFL wide receiver Danny Amendola a while ago and since then, the two have moved on. The Sports Illustrated swimsuit model immediately found herself swooning after Carolina Panthers running back Christian McCaffrey back in May when she reportedly liked an IG photo of his. McCaffrey quickly returned the favor which led to speculation that both parties were on the verge of dating. Well, it appears as though this could be the case as the two are reportedly spending time together, according to US Weekly.

Amendola doesn’t seem to be worried too much about his ex as he has already moved on and is talking to new people.

“Danny has been talking to and texting other girls,” a source told US Weekly. “He tells people that Oli wanted to get married and he basically self-sabotaged their relationship because he didn’t want that. There were a few times where they broke up and got back together, but they just don’t work well together.”

Amendola was pretty salty after their break up as he unleashed on Culpo in a now-deleted Instagram rant where he said she was only in it for the fame. Julian Edelman even chimed in at the time, telling Amendola to get off of social media.

The love triangle between model Oli Culpo, ex-boyfriend and football star Danny Amendola, and her new love interest, Zedd, is heating up.

Let’s back up a bit though… Culpo and Zedd were first spotted together while getting cozy at Coachella. The flirty video made waves on the internet and clearly got under Amendola’s skin.

He took to social media to dis his ex and her newfound romance. The Detroit Lions wide receiver also dished on their sex life — “The universe brought her and I together to enjoy life, love, and learn. We celebrated that as often as we could. And the sex was f*cking crazy too.” TMI.

That, and he uploaded this video, showing off his washboard abs and clearly taking a jab at Zedd in the process… “Zed’s dead baby, Zed’s dead.”

@DannyAmendola over here taking shots at @Zedd. Damn Amendola you petty af even after @oliculpo took you back. I’m weak this is too funny. 😂😂😂 pic.twitter.com/B0D8RH1sCA

Zedd and Culpo were seen together again at her 27th birthday party celebration.

Now, this part is purely speculation, but it seems Zedd has posted his response. Below is another cryptic video in which the DJ/producer shows off an elegant meal with the caption: “What a sex.”

Shots fired? You be the judge… Detroit Lions wide receiver Danny Amendola recently took to instagram to share his thoughts about Oli Culpo’s instagram activity, in a post that has since gone viral. Specifically, Amendola noted the Culpo’s desire to live her life in the public eye was a “fundamental difference” in their relationship.

In the IG post, which has now been deleted, Amendola wrote a lengthy caption detailing their two-year relationship, which included the following comment: “Oli chooses and wants to be noticed on the internet and in Hollywood to make money. Which was hard for me to understand but quickly had to learn.”

Culpo responded by simply posting another bikini picture on Monday morning following a family trip to Palm Springs for Easter.

As part of Amendola’s exhausting rant, he also took a jab at Zedd, who was spotted dancing with Culpo at Coachella last weekend.

“Not sure what’s in the future but the only thing I care about is her HAPPINESS. And if that’s dancing with scrony [sic] little f—-, so be it. I’m happy too. With that said! Liv! My beautiful ex-Gf! Carry on IG.”

As the IG post quickly went viral, Amendola’s former teammate, New England Patriots wide receiver Julian Edelman, jumped in the comments to tell his old pal to, “Get off Instagram please … thanks.”

Check out a screenshot of Amendola’s deleted post below.

Earlier this week, it was reported that Zedd might have a new love interest, as he was seen cozying up to model Oli Culpo during Ariana Grande’s set at Coachella last Sunday. Turns out, Culpo’s ex, Detroit Lions wide receiver Danny Amendola, isn’t taking too kindly to the news.

Amendola posted and then deleted on Instagram a lengthy rant about the situation, including disapproval of Culpo’s possible new man.

“Not sure what’s in the future but the only thing I care about is her HAPPINESS. And if that’s dancing with scrony little f*cks, so be it.”

He doesn’t come right out and say it, but that’s a pretty clear shot at Zedd, whom Amendola must have seen dancing with Culpo in the media anywhere in the past couple of days.

We’ve never known Zedd to be one to engage in personal dramas (unless it’s against Diplo), so we’ll see soon how he handles this, if he even acknowledges it at all.

In the meantime, he plays Coachella again on the main stage tomorrow evening — let’s see who he brings out this weekend! Last weekend, he brought out Katy Perry to perform their collaboration, “365.”