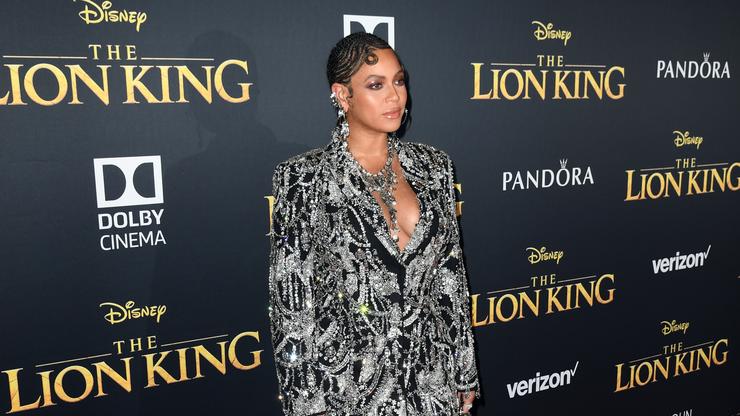 If You Thought Beyoncé Is Pregnant, We Have Some Proof That You’re Mistaken

We cracked the case.

People love speculating about Beyoncé's life. She keeps things relatively low-profile, so it can be hard to fight the temptation to fill in the blanks of what she's not sharing with us. She doesn't do press and the extent of her social media usage is basically just posting her outfits every now and then - each one displayed with various poses and from various angles so you fully comprehend just how much she slayed that day.

Her latest photo series was shared at the beginning of August, in which she presented a summery lavender-filled look. While people were thrilled to see their queen glowing in the sunshine, some were overcome by their investigative inclinations when noticing her somewhat awkward pose. In not one, but two of the photos, Beyoncé stood with her arms wrapped tightly around her belly, as if suspiciously hiding something. Just off this little detail, conspiracy theories abounded. One person commented, “She’s clearly hiding her stomach, 4 is her favorite number, why would she not be pregnant with baby number 4,” and another went even further with their symbolic interpretations, "We’ve been saying muva is pregnant. She’s been dropping clues the entire album. Purple is royalty… simba (King) (son) .. the lions curled up like a fetus. There’s so much more but remember we said it!”

However, it appears these speculators were mistaken. It is labor day weekend, which means it is the weekend of Jay-Z's Made In America festival in Philly, as well (which you can stream here). Jay and the fam are often spotted roaming around the festival's site, enjoying the music and vibes. Well, Beyoncé seems to be enjoying herself a whole lot this year because she was photographed strutting around VIP with a plastic bag of D'Ussé Cognac in hand.

And there you have it. Beyoncé is not pregnant, cause she is sippin on that D'Ussé (...unless she was holding it for Jay).