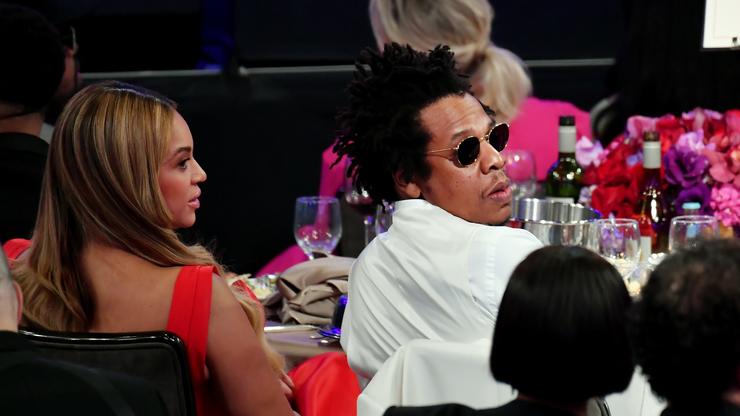 Benard Creative marketing firm has filed a lawsuit against D’Usse after not receiving payments for Jay-Z’s 50th birthday bash.

Jay-Z’s birthday-branded D’Usse bottle has sparked a new lawsuit. According to The Blast, Benard Creative is filing a new lawsuit against D’Usse Spirits, a.k.a Bacardi U.S.A after designing specialty bottles and marketing for the rapper’s 50th birthday party. Benard  “specializes in developing brand and design strategies for luxury brands.” Jay-Z, however, is not listed or a party involved in the lawsuit.

Bacardi, who distributes D’usse, reached out to Benard for their marketing services for the cognac in promotion of Jay’s 50th. The company handled designs and ad campaigns for D’usse XXO Cognac, a limited bottle that included a new design. Additionally, the company designed and created a special glass decanter. Benard claimed they got to place ads in major publications such as New York Times, L.A. Times, and Miami Herald with a very short amount of time due to the relation to Jay’s birthday.

Although Benard did issue invoices, it appears as though they haven’t received any payments, even after requesting for payments on several occasions. “The implied agreement between D’usse Spirits and Bacardi with Benard resulted from all the facts and circumstances regarding Jay-Z’s 50th birthday celebration promotion,” the company said.  “As a result of the defendant’s breach of contract and its failure to comply with the payment terms of plaintiff’s invoices, Benard is entitled to receipt of the sum of $186,197.19 together with interest from December 2, 2019.”

Benard is seeking the amount from the invoices as well as unspecified damages. 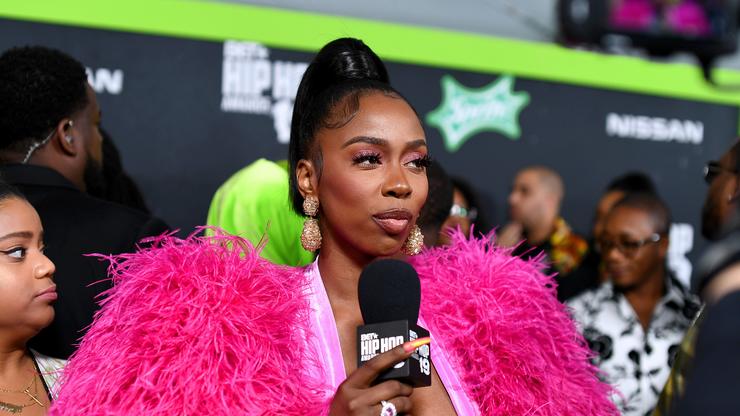 Megan Thee Stallion links up with Kash Doll in the D.

The ladies have been having a great run in the past two years. That’s not to say that women haven’t been killing it before then but it feels like there’s been a brighter spotlight shining on the ladies in recent times. Of course, Nicki Minaj and Cardi B are two of the bigger names in the game but Megan Thee Stallion is a young queen in the making.

The thing about Megan is that she’s a likable individual and comes across very genuine in the public eye. She strays away from beef and tries to bring people together as much as possible. Maybe that’s the Southern hospitality in her but she brings that energy with her everywhere she goes. Last night, she headed out to Detroit and of course, she had to touch down with Kash Doll. Kash hit the ‘Gram where she shared a quick video of herself driving the boat. With Megan pouring the D’usse, Kash Doll couldn’t help but hit the Woah right after. On her Instagram post, she revealed that she didn’t drive the boat once, but twice. Things undoubtedly got litty, even though it’s no longer a Hot Girl Summer.

Waka Flocka is loving the energy, though. The rapper slid into TheShadeRoom where applauded Megan and Kash Doll. “Queens please keep this energy,” he wrote. “These young ladies need to see unity.” 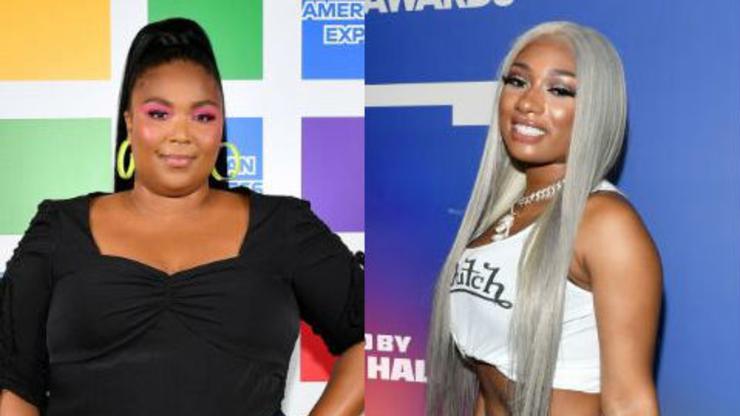 Her last bout of internet shenanigans birthed a collaboration with Nicki Minaj, so Megan Thee Stallion fans are hoping her “Hot Girl Summer” turn up with Lizzo will do the same. On Wednesday, Megan shared a clip on Instagram that showed Lizzo taking a bottle of cognac to the dome, a moment that can only lead to good times and bad decisions.

In the past, Megan has wrangled some of her friends who have attempted to drive the boat with her including Trina and Draya Michele, but her most recent antics with “Juice” singer have been lighting up the internet. Although Lizzo was born in Detroit, she moved to Houston as a child so she a Megan have a H-Town bond that they shouted out during their first D’usse chugging video.

The duo shared a follow-up musical clip to give fans a taste of what they’ve been up to in the summer heat, and unsurprisingly, Lizzo was playing the flute while Megan was dropping it low. Thee Stallion recently received accolades from Big Freedia, New Orleans’ bounce queen, for her twerking skills, so it was only fitting that she showed off her shake just one more time. Fans don’t seem to grow tired of Megan’s Hot Girl Summer high jinks, especially if that means they can get her and Lizzo into the studio. 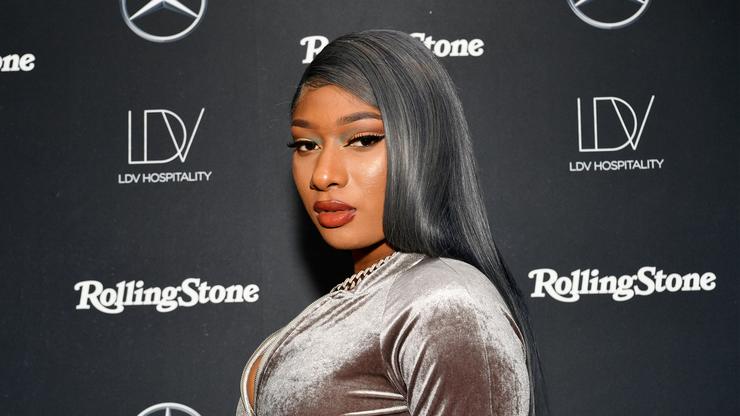 It’s been a Hot Girl summer indeed. With Megan Thee Stallion leading the movement, it’s become a global phenomenon that even the boys are trying to hop on. However, the boat is reserved for real Hotties and Megan is definitely not down with any lames. That’s why it makes sense that she formally inducted fellow Houston talent Lizzo to celebrate the season.

Megan Thee Stallion took to Instagram to share a clip of her recent link up with Lizzo. As expected, the cognac was out and it was time for Lizzo to formally ride the Hot Girl boat. Now, Megan Thee Stallion can handle her brown but we’ve seen what she’s done to her friends (i.e. Maxo Kream). As much as Lizzo hyped herself up in the moments leading up to the shot of D’usse, you could sense there was a moment of hesitation as soon as Megan held the bottle up. However, Lizzo still held it down and took the shot like a champ.

In related news, Megan Thee Stallion will be releasing a brand new anthem for the Hot Girls tomorrow night. Earlier this week, she announced the release date for “Hot Girl Summer” featuring Ty Dolla $ign and the one and only, Nicki Minaj. This song serves as her first release as the main artist since dropping, Fever earlier this year. 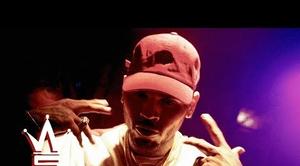 It’s been a big year for Casanova. The rapper’s been on a heavy grind over the past few years but this year in particular, it feels like Cas’ has been getting the recognition it rightfully deserves. At the tail end of June, Casanova released his highly anticipated project Commissary. The project featured several previously released tracks including “Set Trippin,” “Gripped Up” as well as the Chris Brown and Fabolous assisted single, “Left, Right.” Despite “Left, Right” being released in October 2017, Cas revisits the song for his latest music video.

Casanova may have released “Left, Right” in the fall of 2017 but with a brand new music video, it feels like the song could ride out for the rest of the summer. Cas teamed up with Fabolous and Chris Brown for the official video. The video opens up with Cas’ rapping a girl’s ear before cutting to scenes of dancers flexing their moves under flashing lights.

The release of Casanova’s video for “Left, Right” with Chris Brown and Fab comes shortly after he teamed up with the legendary DJ Premier for their track, “Wut U Said.” Cas also recently linked up Papoose recently for their song, “Shooter.”

Keep your eyes peeled for more moves from Casanova. 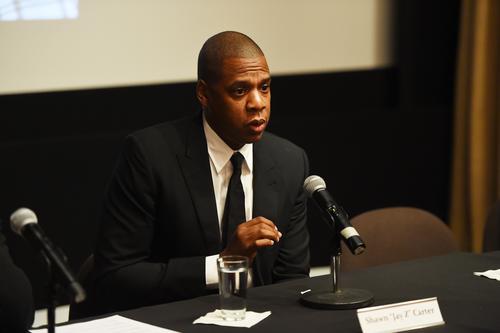 Jay-Z's influence in hip hop doesn't just come from his extensive discography and the incredible music he's dropped over the span his 20+ years in the rap game, it also stems from his business acumen. Aside from making music, his investments and businesses have helped him make some major bank and created a template for younger artists to get their money up. He's been one the richest rappers but never the most rich. However, Forbes' recently released their "Hip Hop's Wealthiest Artists 2018" and Hov has finally topped the list.

According to Forbes', Jay-Z has finally topped the list for most wealthiest artists the year. The list launched in 2011 and while Jay's been in the top five each year, he's never took the crown. According to their report, Jay-Z's net worth went up from $810M to $900M within the past year. The rise in numbers is mainly due to the rising interests his liquor investments, Armand De Brignac champagne and D'usse. In addition, his ownership in Roc Nation and Tidal streaming service upped his stock even more.

This marks the first time Jay's beat Diddy out in the seven years that Forbes' been documenting the richest hip hop moguls. Diddy now sits at number two while Dr. Dre claims the third spot. All three them are not only the wealthiest hip hop acts in the world but they're also three the richest American musicians any genre.

In addition to Jay, Dre and Diddy, Drake and Eminem tie for fourth and fifth spot with $100M in earnings within the past year. 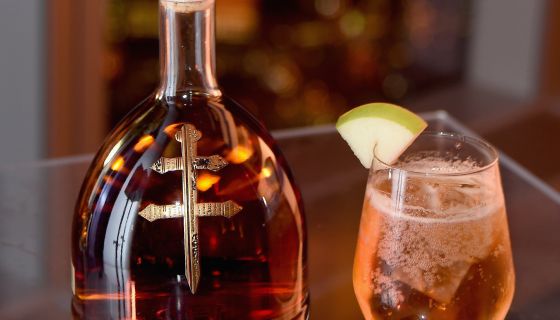 HennyPalooza Is Now DussePalooza & The Internet Is Losing Its Mind

The HennyPalooza crew surprised us all this week when they announced that they were rebranding as DussePalooza. It seems their social event series isn’t over at all—in fact, the crew is back in a major way.

Hitting Twitter with their big announcement, the minds behind the ongoing Henny-infused party said Hennessy doesn’t value “young, ambitious, creative minorities,” so they had to chuck the deuces.

The crew then announced their first #DussePalooza date, which sent the internet into a frenzy:

And with that said:

Hit the flip to see how the culture is reacting.