The Game’s Idea On Oppression: "We Would Cripple America If We Moved Back To Africa"

The Game has become an active voice against oppression in the wake of Nipsey Hussle's death.

The Game is using his public platform in a very overt manner, in light of Nipsey Hussle's passing and issues it touches on politically. Just yesterday, the Compton-born rapper went on Instagram lauding the essential role Black Americans play in creating the cultural capitals the rest of the country benefits over. "We would cripple AMERICA if we moved back to AFRICA," The Game posted on his storyboard, in accordance with the Black Nationalist movement taken up by Marcus Garvey in the early 20th Century.

He's absolutely right, much of America's soft power is derived from the works of Black artists, especially now that Hip-Hop is viewed the world over as the "Be-all And End-all" of cultural consumption. For starter's, the idea rooted in political and economic policies he might be articulate enough to pronounce within Instagram's minimal character limit.

Much of The Game's denunciation of system oppression is based around his upbringing in a tumultuous Los Angeles, marked by years of antagonization, race riots, and a complete distrust in the corruptible powers of the law. The 39-year old rapper was in fact, the individual who uploaded the disturbing audio clip in which two alleged officers talk speak ill of Nipsey Hussle's parents during the Celebration of Life proceedings. What do you make of The Game's "Back to Africa" pressure tactic, hit us with your thoughts? 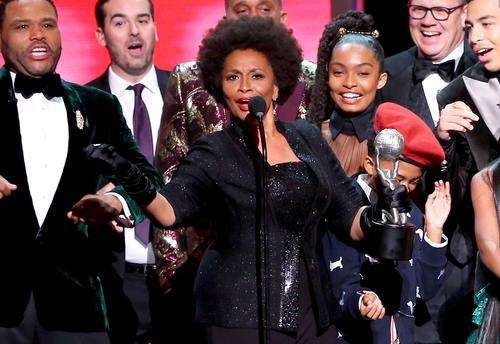 In the episode that has been pulled, father and son played by Anthony Anderson and Marcus Scribner, engage in a debate over whether athletes should be permitted to kneel during the national anthem at sporting events. The episode also covers a whole slew political issues facing America today, done through the nondiscriminatory eyes a child.

Showrunner Kenya Barris broke down the situation in conversation with Variety.

“Given our creative differences, neither ABC nor I were happy with the direction the episode and mutually agreed not to air it,”

In the same conversation, he maintained his sense pride and accomplishment.

“Black-ish is a show that has spoken to all different types people and brought them closer as a community and I’m so proud the series.”

The episode titled "Please, Baby, Please," was supposed to air on February 27th but was instead replaced with a non-sequitur re-run. The series continues to engage television viewers in political conversations on issues such as the Trump Administration, police brutality, mental health, and discriminatory language.

The conflict interest between Kenya Barris and the show's parent network seems to have been handled "diplomatically" but we are likely to come to our own conclusions on the reasons why. As long as Black-Ish continues to be a ratings draw, this discord will prove costly to either side the debate.