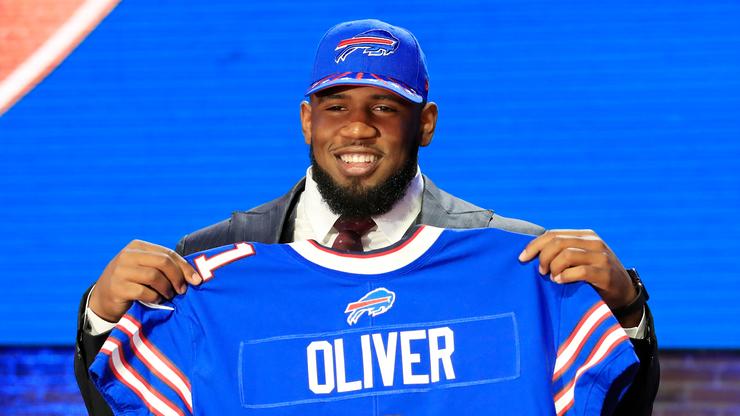 A fourth NFL player was arrested, Saturday. Ed Oliver is facing charges of DWI and unlawful carrying of a weapon.

Buffalo Bills defensive tackle Ed Oliver was arrested, Saturday night, on charges of DWI and unlawful carrying of a weapon.

A witness notified authorities that someone in a Ford pickup truck was swerving lanes. That someone ended up being Ed Oliver, who had an open beer can between his legs and a pistol in the car when he was pulled over. A field sobriety test determined Oliver to be impaired.

“We are aware of the situation and we are gathering more information. We will have no further comment at this point,” the Bills said in a statement, regarding the arrest.

If that statement sounds familiar, it’s because it echos the Redskins’ response to WR Cody Latimer being arrested, Saturday, for gun charges. “We are aware of the situation and have informed the NFL League Office,” the organization said in a statement. “We will continue to gather more information and have no further comment at this time.”

Oliver was one of four total NFL players arrested on Saturday. In addition to himself and Latimer, New York Giants’ DeAndre Baker and Seahawks’ Quinton Dunbar were both arrested as well.

Oliver was drafted by the Bills No. 9 overall in the 2019 NFL Draft.