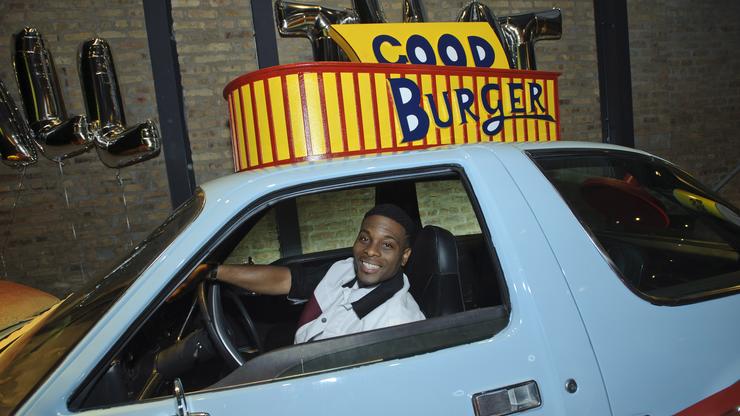 Ed’s special sauce will be available at the “Good Burger” pop-up restaurant.

There’s been chatter surrounding Kenan Thompson and Kel Mitchell revamping Good Burger. Although it’s been 22 years since the film debuted and the two actors have gone on to do other things in entertainment, they teased a Good Burger reboot during the All That reunion recently. No word on whether it’ll actually come to fruition but it seems more than likely since Nickelodeon announced that they’ll be bringing the fictional restaurant to life.

If you’ve ever wanted to try Ed’s special sauce, here’s your chance. Nickelodeon is opening a Good Burger pop-up restaurant in West Hollywood where they’ll be serving Good Burgers, Good Chunks, Good Shakes, and more. The pop up takes place on July 10th but fans will have to book reservations ahead of the launch. Additionally, there will be merchandise and other sorts of activities during the event.

“The opportunity to turn this cult Nick favorite into our next themed pop up is such a dream come true,” Derek Berry, one of the partners, said in a statement. “Immersive nostalgic experiences continue to be something fans really clamor for, and we know our execution with The Max spoke for itself. When the timing aligned to bring Good Burger to life, it was something we just couldn’t pass up.”

Nickelodeon Experience Executive Vice President Sharon Cohen added: “With the return of All That to our air, this is the perfect time to give ‘90s Nick kids and a whole new fan base an opportunity to settle in for a fast food culinary adventure, which will, of course, include Ed’s special sauce!”