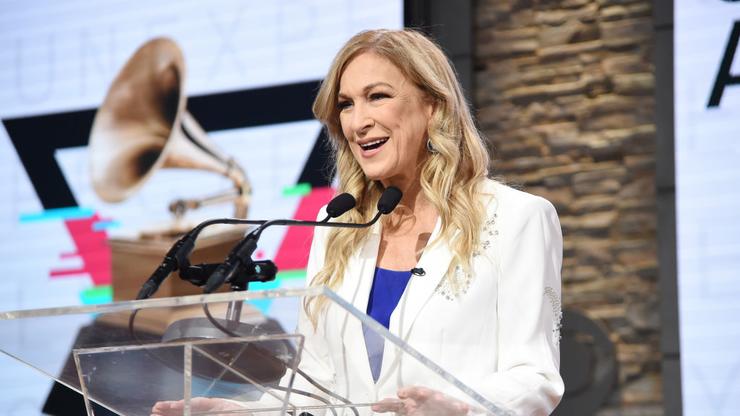 Is the Recording Academy in shambles?

The National Academy of Recording Arts' first-ever, woman CEO, Deborah Dugan, was placed on academic leave, ten days prior to the 2020 Grammy Awards ceremony. According to Good Morning America, Dugan was placed on the leave of absence just three weeks after filing of a human resources complaint against the Academy.

The detailed reports of the EEO complaint were revealed this past Tuesday (Jan. 21). According to the documents, Dugan brings up allegations of sexual harassment, gender discrimination, voter manipulation, and more stating the Grammy's voting process is an "illustrative of the boys' club mentality that exists at the Academy and amongst its Board members."

The former President of Disney Publishing added verified statistics collected by a special task force she formed to calculate that the voting board's demographic of 68% male and 69% Caucasian members. Dugan also accused the board of finalizing nominees based on their personal relationships with specific artists. According to the complaint, the Academy manipulates song and album nominations based on ceremony performance setlist.

Part of the extensive complaint states:

"To make matters worse, the Board is permitted to simply add in artists for nominations who did not even make the initial 20-artist list. Naturally, the members of the 12 Board and the secret committees chose artists with whom they have personal or business relationships. This year, 30 artists that were not selected by the membership were added to the possible nomination list."

Dugan went into further detail, as the document reads:

"Moreover, in an outrageous conflict of interest, the Board has selected artists who are under consideration for a nomination to sit on the committee that is voting for the category for which that have been nominated. As a result, one artist who initially ranked 18 out of 20 in the 2019 'Song of the Year' category ended up with a nomination. This artist was actually permitted to sit on the 'Song of the Year' nomination committee. Incredibly, this artist is also represented by a member of the Board."

Dugan's accusations got even darker as she revealed that the Grammy's legal counsel, Joel Katz, improperly conducted himself at a business dinner they were having. In an email that was sent on Dec. 22, 2019, to the Grammy's human resources department, Deborah Dugan alleges that Katz invited her alone to dinner in May 2019, and "acted extremely inappropriately," calling her "baby," and attempting to kiss her.

"It is curious that Ms. Dugan never raised these grave allegations until a week after legal claims were made against her personally by a female employee who alleged Ms. Dugan had created a 'toxic and intolerable' work environment and engaged in 'abusive and bullying conduct,'" the Recording Academy said in a statement. "

The Recording Academy claims that they put their freshly-established CEO on administrative leave after she demanded $22 million to step down from her position.

Deborah Dugan and her lawyer, Doug Wigdor, went on Good Morning America to address the controversy Thursday (Jan. 23). The Academy has yet to comment since the details of Deborah Dugan's in-office drama has become public. The 2020 Grammy Awards are set to air live from Los Angeles, this Sunday, at 5 P.M. PST on CBS.

Check out the clip of the Grammy CEO and her lawyer Doug Wigdor going in on Good Morning America host George Stephanopoulos below.