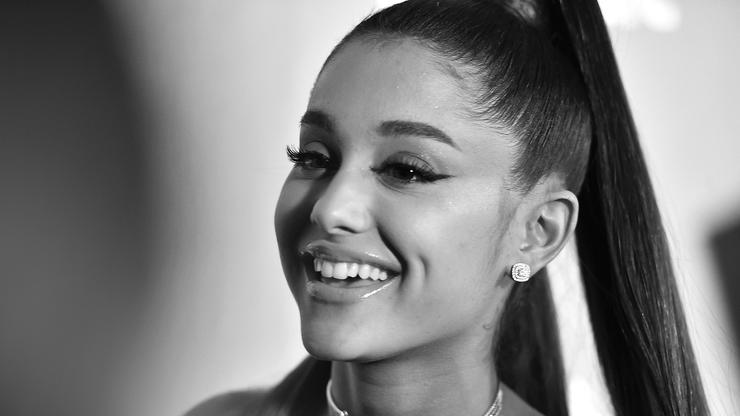 The popstar had some questions for her clone.

They say imitation is the sincerest form of flattery, but this is next level. Ariana Grande responded to a post on Twitter on Saturday, in which a user had posted a TikTok of a girl mouthing a scene with Ari's character Cat from Victorious. If you haven't seen the video, it probably sounds like pretty standard fangirl behaviour. The girl in question, however, whose name is Paige Niemann, has done her hair and makeup to make herself look exactly like Ariana. Like, exactly.

Now, the 15-year-old must bear a natural similarity to Ariana, regardless of whether or not she has mimicked the popstar's signature ponytail or frequent makeup looks. Still, it's alarming how identical she looks to her idol with her hair and face done-up. Ariana herself responded to the video, which a user captioned "I just know Ariana is terrified...," by pointing out an element that most of us probably hadn't even thought about.

Ari gears her focus towards Paige's choice to mime her scenes from Victorious of all things, expressing "i just wonder whyyyy the cat voice / dialogue" and further "it’s definitley bizarre seeing people blend the two worlds lmao." Most people would agree that the video, and Paige's entire Instagram dedicated to micmicking Ari's look, is definitely bizarre, but the Cat dialogue is not exactly the reason. The always-gracious Ari says that she's sure her carbon copy is "the sweetest sweet sweetheart," which could very well be true, but it's hard to understand how Ari isn't totally freaked out by this eerily-accurate impersonation of her.