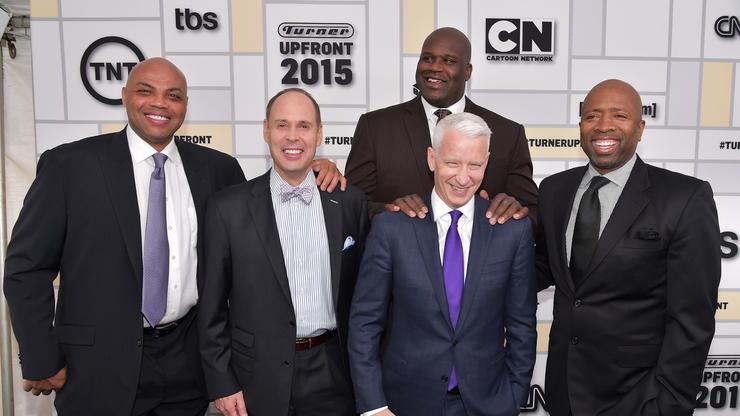 Never a dull moment with these two.

If you're a basketball fan, NBA on TNT is most likely your go-to basketball show. The crew is always up to some hilarious antics with Shaq and Charles Barkley stealing the show on a nightly basis. On Tuesday night, Shaq and Chuck gave us even more reason to love them as they engaged in some hilarious hijinks.

As you can see in the clip below, Shaq is doing the viral challenge where you throw an egg in the air and see if it lands on someone. The egg thrown by Shaq end up landing to the right of the camera but Chuck was ready with some ammo. One Shaq lifted his head to move away from the challenge, he got drilled in the head by Barkley's egg.

The NBA on TNT set erupted in giggles after Shaq got hit and as you can imagine, he immediately retaliated by throwing a few eggs of his own. Fortunately for Chuck, nothing hit him as Shaq's aim was completely off. For Chuck, this is simply some payback as Shaq has been able to prank him numerous times in the past.

If there is one thing we've learned from this clip, it's that Chuck is deadly with the eggs. We can't wait to see what Shaq does in retaliation for the next time.