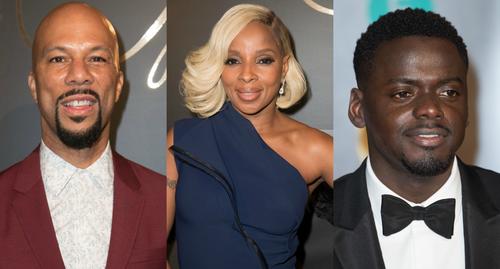 The biggest night in film has arrived as the 90th annual Academy awards are set to kick f Sunday evening live at Los Angeles’ Dolby Theatre as Hollywood’s best and brightest will be looking to go home with the industry’s most coveted prize. Assuming the position as master ceremonies is actor and comedian Jimmy Kimmel as viewers look on to see who will come out on top.

Leading the evening’s nominations is the film The Shape Of Water, clocking in at 13 with Dunkirk following second with eight nominations and Three Billboards Outside Ebbing, Missouri cashing in on seven nominations. All three films are in the category for Best Picture accompanied by Call Me by Your Name, Darkest Hour, Lady Bird, Phantom Thread, The Post, and fan favorite Get Out. Jordan Peele and Daniel Kaluuya, the director and lead actor Get Out, are both nominated for awards in the Best Director and Best Actor categories, respectively.

Familiar names on the list also include Meryl Streep in Best Actress, Mary J. Blige and Octa Spencer in Best Supporting Actress, and Common, who is nominated for the Best Original Song category for his “Stand Up For Something” track found in Marshall—the biopic about Thurgood Marshall, portrayed by Black Panther star Chadwick Boseman. It was back in 2015 that the emcee won in the same category for his and John Legend’s “Glory,” a cut also written for another film about an African-American icon in the form Selma.

Check out the full list nominees and winners (updated throughout the night) below:

Best Picture
Call Me by Your Name
Darkest Hour
Dunkirk
Get Out
Lady Bird
Phantom Thread
The Post
The Shape Water
Three Billboards Outside Ebbing, Missouri

The Big Sick
Get Out
Lady Bird
The Shape Water
Three Billboards Outside Ebbing, Missouri

Best Original Song
“Mighty River” from Mudbound, Mary J. Blige, Raphael Saadiq and Taura Stinson
“Mystery Love” from Call Me by Your Name, Sufjan Stevens
“Remember Me” from Coco, Kristen Anderson-Lopez and Robert Lopez
“Stand Up for Something” from Marshall, Diane Warren and Lonnie R. Lynn
“This Is Me” from The Greatest Showman, Benj Pasek and Justin Paul