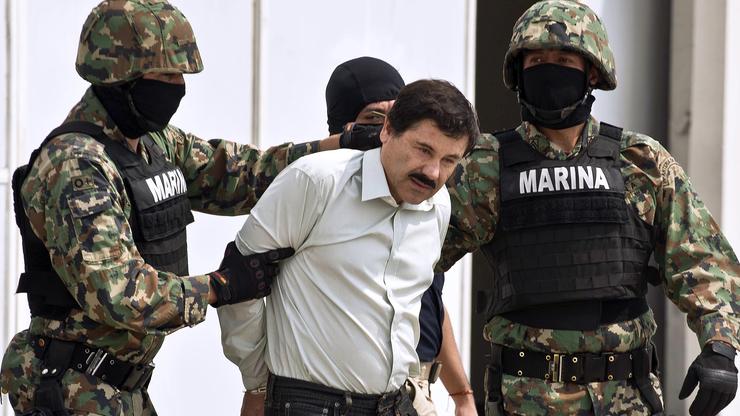 There are few men in El Chapo’s position that have captivated an audience quite as he has. For years, the Mexican drug lord, whose real name is Joaquin Guzman, has been one of the most notoriously well-known criminals in the entire world. Whether he’s escaping from prison, continuing his dirty work from behind bars or generally just being a badass, Guzman has captured the imagination of Hollywood with his wild story. Countless scripts have been written about El Chapo and now, his tale has officially come full circle because today, he was sentenced in front of a judge and as expected, he’ll be spending the rest of his life in prison.

El Chapo’s trial has been highly-publicized with many media outlets camping outside the court to get exclusive scoops on his legal developments. According to TMZ, Guzman has officially been sentenced to spend his life behind bars, learning his fate today. On top of his life sentence, Chapo also got an additional thirty years added to his sentence after being convicted on all ten counts he was facing.

In case that wasn’t enough, the drug kingpin will need to give up over $12 billion of dirty money he collected over the years. He appeared to be surprised by the verdict but gave his wife a thumbs up before being escorted out of court.

Do you think he’ll escape again? 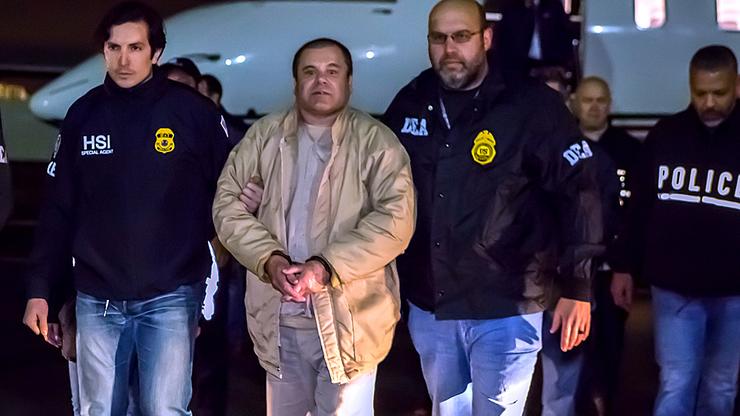 No earplugs or sunlight for El Chapo.

Since his timely incarceration, Joaquin “El Chapo” Guzman has been sitting in jail since he was found guilty on all counts. The drug lord of the Sinaloa Cartel was one of the world’s most wanted criminals who previously managed to successfully escape prior to being nabbed on a conspiracy to launder narcotics proceeds, international distribution of cocaine, heroin, marijuana, and other drugs along with the use of firearms. After an escape in 2015, the cartel leader was caught in 2016 and then extradited to the US in 2017 to face his fate. Since then, he’s been jailed in a maximum facility prison. Following his sentence, El Chapo demanded a retrial which was denied and shortly afterward, he claimed to be under “cruel” prison conditions which the prosecutors deemed to be false.

Herein, El Chapo stated to be deprived of both sunlight and air, to not be getting enough exercise or water and to be in need of earplugs because the prison sounds were too loud for him to properly sleep. Now, TMZ offers updates on the claims. According to the source, the former Mexican drug kingpin filed a motion to get 2 hours of outdoors time and access to the general populations’ commissary to purchase things. He also requested earplugs, but the judge was not having any of it. Considering his two previous escapes, letting Chapo out too much is risky. In addition, the judge does not want the druglord to acquire anything from commissary because he could easily turn it into a weapon. Lastly, earplugs are out of the question in the event that he needs to hear guards during an emergency.

El Chapo’s cousin bought whacked after claiming he was out of city.

Faking sickness to skip a day of labor shouldn’t be unusual, but it surely may result in some fairly severe repercussions. Depending in your job and your boss, it may result in a warning and even termination. However, it is a wholly completely different story when you’re aside of a drug cartel akin to El Chapo’s cousin who was allegedly killed after skipping a day of labor.

According to New York Post, throughout El Chapo’s trial on Tuesday, the jurors heard from a witness about how the kingpin allegedly murdered his personal cousin for enjoying hooky. According to former Sinaloa cartel lieutenant Damaso Lopez Nunez, Juan “Juancho” Guzman instructed his cousin El Chapo that he was out of city. Unfortunately, he was noticed at a “public park” in Culican, Mexico, which apparently drove El Chapo right into a match of rage.

“My compadre turned offended, as a result of he had lied to him,” Nunez stated. “[Chapo] ordered [the assassin] to take [Juancho] towards Culican, to kill him, and to go away him on the outskirts of Culican.” Nunez added that Chapo ordered the dying of Guzman’s secretary as a result of they have been collectively.

“They each must undergo the identical destiny,” Chapo allegedly added after ordering the dying of the 2.

Lucero Guadalupe Sanchez Lopez, El Chapo’s alleged mistress, spoke on Juancho’s homicide in court docket final week. She recounted consuming dinner with Chapo earlier than his secretary interrupted them to tell him of the dying of Juancho

“He circled and checked out me in a sluggish demeanor after which he stated one thing I didn’t like,” she stated. “He stated from that time on, whoever betrayed him, they might die. Whether they have been household or ladies, they have been going to die.”

A star witness took the stand with some startling revelations concerning the Narco Kingpin.

El Chapo is alleged to have operated with an innumerable bankroll on the top of his Narco-career. The newest inference of his wealth and energy involves us within the wake of Alex Cifuentes's grandstand testimony. El Chapo's former "right-hand man" alleges that he offered former Mexican President Enrique Peña Nieto with over $100 million in bribe cash.

The report was researched and revealed by Alan Feuer of the New York Times, of which is included a body by body account of the in-court questioning. "Mr. Guzmán paid a bribe of $100 million to President Peña Nieto?” requested Jeffrey Lichtman, considered one of El Chapo's legal professionals with Mr. Cifuentes queued up for his cross-examination. "Yes," he responds, plain and easy.

According to Feuer, this is not the primary time Cifuentes broached the topic of a $100 million purse. Back in 2016, Cifuentes had the Peña's purse at an estimated $250 million earlier than narrowing it down the entire present complete. As startling as it could appear, Cifuentes' incrimination of an elected Mexican official really lends itself to El Chapo's probability of acquittal. His boss' lawyer Jeffery Lichtman received the race for his testimony, in concern the prosecution may entice him to turn into a turncoat. Cifuentes labored with El Chapo between 2007 and 2013 when the latter was hiding out within the Sierra Madre mountains with indictments-a-plenty on the horizon.

El Chapo Is The Reason Shannade Clermont's Sentencing Was Pushed Back

The “Bad Girls Club” star’s sentencing has been pushed again till April.

Last 12 months, Shannade Clermont plead responsible to wire fraud after she was a featured mannequin in Kanye West‘s Yeezy Season 6 marketing campaign. The mannequin allegedly spent over $20Okay on a deceased man’s debit card. The case has been happening for months and simply when it got here time for her sentencing, one thing got here in the way in which to push again the choice. Curiously sufficient, that one thing is El Chapo.

It’s not daily that El Chapo and Shannade Clermont grace the identical headline. Seriously, we by no means thought the day would really come. At final, it is right here and the state of affairs is much less absurd than you seemingly think about. The Clermont Twin was initially anticipated to seem in courtroom for sentencing on February 13 however her lawyer requested that the assembly is pushed again. Jeffrey Lichtman is presently working as a part of El Chapo’s trial and he can not start Clermont’s sentencing till that is completed.

The decide granted the request, pencilling in a brand new date for the Yeezy mannequin to seem in courtroom: April four. She is dealing with a most sentence of twenty years behind bars, which means that each thousand she stole is leading to one 12 months in jail. Seems a bit harsh however I am not a lawyer… What do you consider this case?