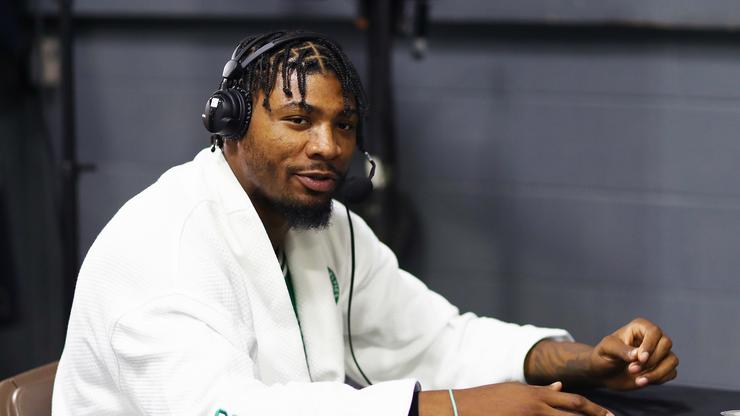 It can be rough out there.

After two entertaining games on Tuesday night, the NBA came through with 11 matches on Wednesday. The league is back in full swing and fans are excited to see what their teams can do out on the court. One of the biggest matchups last night was between the Boston Celtics and the Philadelphia 76ers. The Sixers are considered to be a prime contender to win the title this year, while the Celtics are a team that will be trying to figure things out with their new point guard, Kemba Walker.

In the end, the 76ers came out on top by winning the game 107-93. One of the overlooked plays from the game was when Celtics player Marcus Smart was elbowed in the throat. According to Jay King of The Athletic, Smart's voice was messed up after the game as he strained his windpipe. Smart was understandably upset and was angered by the league's response.

"Funny thing is they didn't even take a look at it," Smart said. "But if it was me they probably would have thrown me out of the game."

Smart has been in his fair share of altercations while in the league and has also been fined for them so he definitely has a point here. Clips of Smart being elbowed are impossible to find as of right now but considering his voice is damaged, it must have been a pretty hard hit. Hopefully, he can recover quickly. 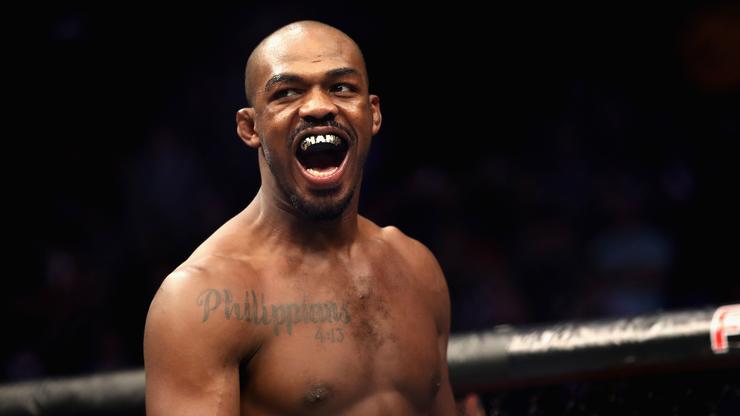 Jon Jones Demonstrates How To Properly Throw An Elbow: Watch

Jones is taking on Thiago Santos on July 6th.

Jon “Bones” Jones is one of the most feared UFC fighters in the world whenever he stays clean. The only loss he’s suffered in his career was at the hands of a default defeat thanks to a dirty drug test which just proves he’s one of the best fighters in the sport. Jones is about to fight Thiago Santos to defend his title on July 6th and headed over to the TMZ offices to talk about the fight. While he was there, he showed them how to throw a proper elbow that will surely knock out your opponents in no time at all.

Jones also spoke about Daniel Cormier and whether or not he thinks another rematch could be in the works. As Jones explained, there is no way Cormier could win and the embarrassment of that would be too much to handle.

“I don’t think he’s ever going to fight me again,” Jones said. “I think it’s a lot of pressure for him to get down to the light heavyweight division, and then to get down there, to climb such a mountain and not get to the actual top? It has to be so crushing to come up short against me for a 3rd time, I don’t think he’d put himself through that.”

Jones will go into his fight against Santos with a record of 24-1, while his opponent boasts a record of 21-6. 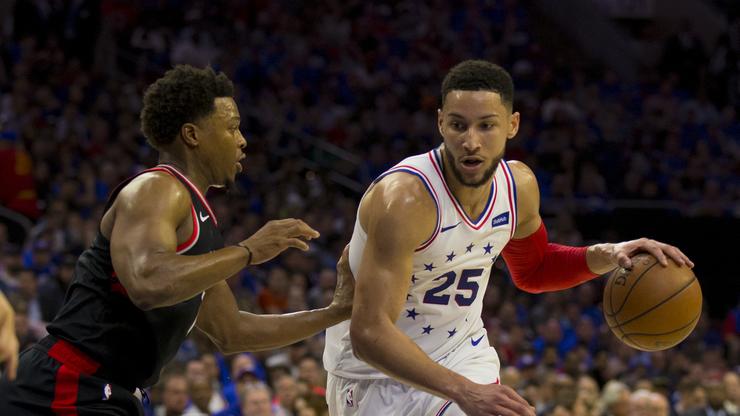 Simmons apologized to Lowry at halftime.

Despite a 33-point performance from Kawhi Leonard, the Toronto Raptors were blown out by the Philadelphia 76ers last night by a score of 116-95. With the win, the 76ers took a 2-1 lead in the series, although it was the actions of Ben Simmons that proved to be one of the bigger stories of the game. During the first half, Simmons fell over Kyle Lowry while going for the ball and while he was on the ground, he lifted his elbow up quickly and it went right into the groin of the Raptors star. Lowry seemed pretty hurt by the play as he immediately knelt over in quite a bit of pain.

After the game, Lowry explained how Simmons apologized and that the referee, Scott Foster, had missed it.

"Yeah, he said it at halftime," Lowry said according to ESPN. "Said he didn't mean to. Scott [Foster, the referee] didn't call it on the floor. It's not like I'm going to dwell on it or bitch about it. It happened. It's over now. We got our ass kicked after. It didn't matter."

Lowry was asked if he wants the league to review what happened, although Lowry would rather focus on the next game.

"I'm personally not going to dwell on it," Lowry explained. "We have bigger things to fry than something that happened in the first [half] or whatever."