Dillistone has been a talent on a radar for a while now. With his crisp production, boundless sound design and distinct emotional signature sound he always impresses. This talented producer also has the knack for layering the intricate details of harmony just right to vividly capture the imagination of the listener. Today, we have the privilege to present his latest single, ‘Take Care’. Featuring the emotional vocals of, Katelyn Tarver balanced smoothly with funky baselines and touches of synth magic. ‘Take Care’ has immediate feel to one of those jams you blast through the sub of the car and hit the medal to metal and cruise. This tune can definitely fit a lot of chill, electronic and any just good vibes playlists so turn loud and enjoy.

It’s a special thing when the musicality, melody, harmony and lyricism all reach a high level on a track. This is just the case with the latest Goodluck release, ‘Dear Future Me’. This track is an exciting collaboration with Netherlands based musician, Jonas Kroeper. Who teamed up with the South African band for a short writing session in 2018. Combining the production styles of both artists has resulted in a refreshing blend of African elements with a strong pop sound that is immediately held together by the effortless voice of GoodLuck’s Jules.

The lyrics in Dear Future Me have been crafted to remind us just how disconnected we have become from one another. How frantic our lives are, and just how little time we give to being present with each other and perhaps most importantly, ourselves. It is the nostalgic link back to when we were young and carefree that makes this song so powerful – the visceral call to remember how to let go of all the worries we carry around with us every day.

“These lyrics are very personal to me, my priorities were very messed up for a while as I struggled to balance my career and my personal life. I know this is a modern day human problem that we all struggle with. So I wrote a letter to myself, as if I was 11 years old. I remembered a time before all the pressure and the deadlines… and I wanted to remind myself not to lose that  part of me.” says Jules Harding.

Is this Norway’s next big talent? It’s a pleasure to introduce you guys whether it be the first or the second time to the multi talented, production wizard, Edwin Klift. This young talent has been turning heads in the electronic community as of recent with his catchy, emotional and heavily melodic dance-pop signature sound. His latest single, ‘Taking Over’ is no exception with a punchy synth full-to-the-brim drop. Teaming up with the clean, inspiring vocals of Nanna Klift to deliver a fresh, radio friendly pop track which is destined for any chill, happy or summer playlist. We are excited to follow up on the continuing growth of this super talented and notably positive guy!

VAVO have been creating a real storm with their latest bunch of releases. Gaining undeniable industry and public momentum from their previous single ‘Right Now’. Breaking the top 10 in Sirius XM beats of the week, charting on Billboard & Media Base and continuing to fire on all streaming cylinders. Surpassing 2 million streams on Spotify alone.

The US based duo have once again proved this talent ain’t no fluke with another stormer of a follow up, ‘Anything For You’. This fresh melodic dance pop tune features the rustic and emotional vocals of the talented, Zhiko. Peaking with a ear candy and mainstream radio destined drop. The guys have also commenced single titled tour which is now fully underway, you can check out here. We cannot wait to continue bringing you guys updates on this multi-talented pair as they continue to grow and flex their melodic production talents.

Rat City seems, from the surface like your typical city metropolis, however behind the glitz and glamour it’s precisely because it sounds – a hotbed of seedy characters stabbing one another within the again at each flip. Friends and enemies interchange fluidly as they let their primal instincts name the photographs. Even the police are criminals right here. One factor is for positive nothing is ever because it appears in Rat City.

A excessive idea audio visible venture seamlessly fusing track and picture, Rat City was conceived by Norwegian songwriter/producers Kent and Cato Sundberg. Lasse Michelsen joined in 2018 and extra  not too long ago, animator/designer Micah Monkey signed on to the Rat City collective as inventive director.

‘It appeared like simply one other lead for Frank, Rat City’s most infamous detective. That is till he met her; a femme fatale within the truest sense of the phrase.  In typical Frank style, this stunning lady blinds his judgment, leaving him unable to comprehend that she has been employed by the very individual he has been tasked to research. And sadly for the lovesick Frank, this “sizzling lead” will solely lead him to a double cross… and a watery grave.’

Check out this superb video and tremendous catchy observe from Rat City under: 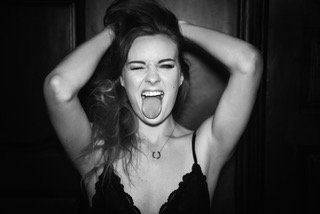 Josefine Drops Summer Anthem, 'Do It For Me'

It’s always a powerful combination when a rising Berklee graduate & singer-songwriter unites with a multi-Grammy award winning producer. That’s exactly what went down on Stockholm’s Josefine‘s latest single, ‘Do It For Me’. The standout female talent unites with Justin Trugman who has produced for the likes of: JoJo, Backstreet Boys and Pitbull to serve up a summer anthem.

Josefine was raised in a family of musicians including three sisters who played guitar, drums and piano. Josefine shortly followed suit by auditioning for Stockholm’s best choir school where she was accepted at the age of 9. From that moment on she knew music was more than a hobby. Now after years of hard work and perfecting her craft, the 24 year old songwriter embarks in establishing herself at one of the most exciting talents in the electronic-pop scene.

With ‘Do It For Me’ expect a chill summer waves of melody, catchy verse hooks and a clean melodic chop. Definitely an add for any summer inspired playlist out there.